If you are searching for a new pet hamster, you may be wondering if you should buy two instead of one. Some animals benefit significantly from being in pairs, like cats, but is this the same for our tiny hammies?

Perhaps you bought two of these hamsters that were housed together at the store, and now they're fighting at home. Why is that?

We combined our research to explain why you should or shouldn't buy hamsters in pairs and the reasoning behind it.

You should not buy hamsters in pairs. They are territorial, solitary creatures that enjoy their own space, resources, and time alone. A hamster's need for isolation is part of their nature.

The degree of solitude will change slightly depending on the breed of hamster, but all breeds appear to be happier in their separate enclosures. Pairing hamsters can create high-stress environments for both them and you.

We pride our hamsters on their cute, fluffy appearance. Two highly territorial hamsters in the same cage may change your view from cute and cuddly to aggressive and temperamental. Keep reading as we discuss specific types of hamsters and their individual environmental needs. 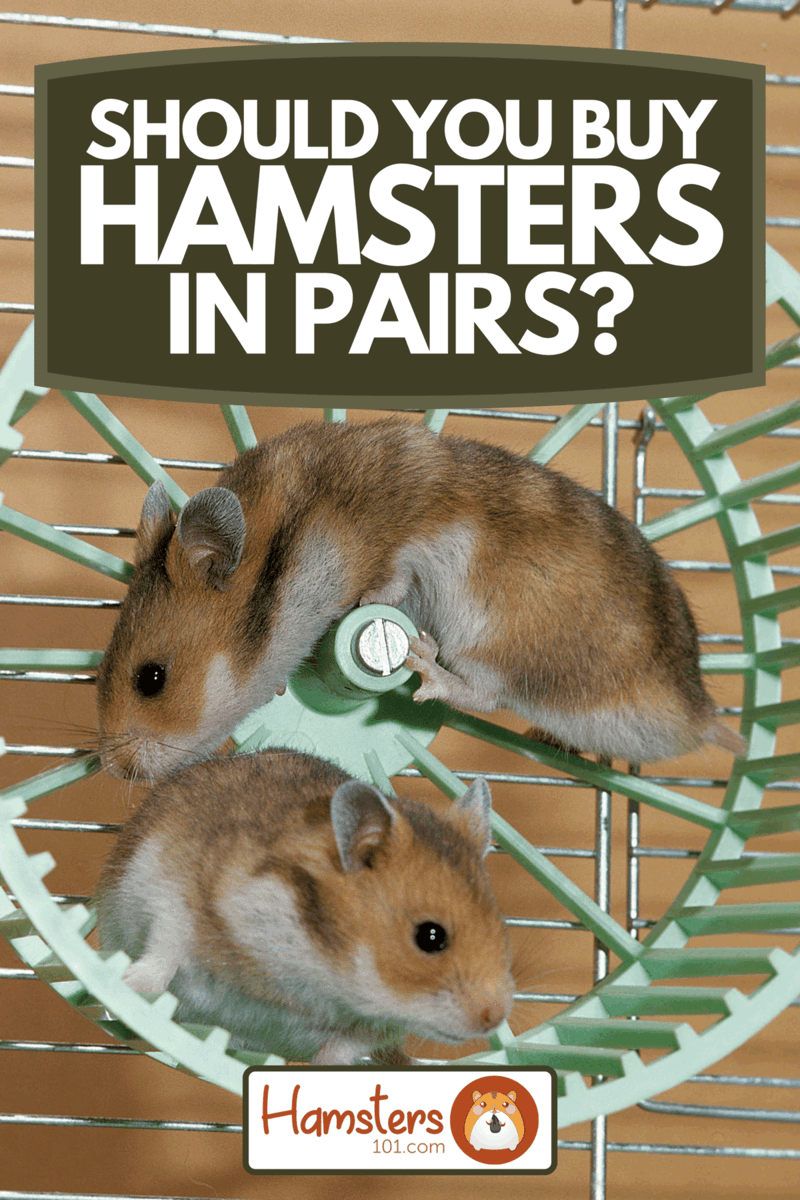 Do Hamsters Do Better In Pairs?

Pet owners are always worried about their fur babies. A common question or concern is, does my pet get lonely? We do not have to worry about this with hamsters. These little furballs tend to enjoy contact with their human over another hamster.

It is more likely that your hamster will experience more moments of stress when in a pair. In some instances, hamsters will tolerate being in a pair, but you run the risk of them fighting and hurting one another.

Ultimately, no, hamsters do not do better in pairs. 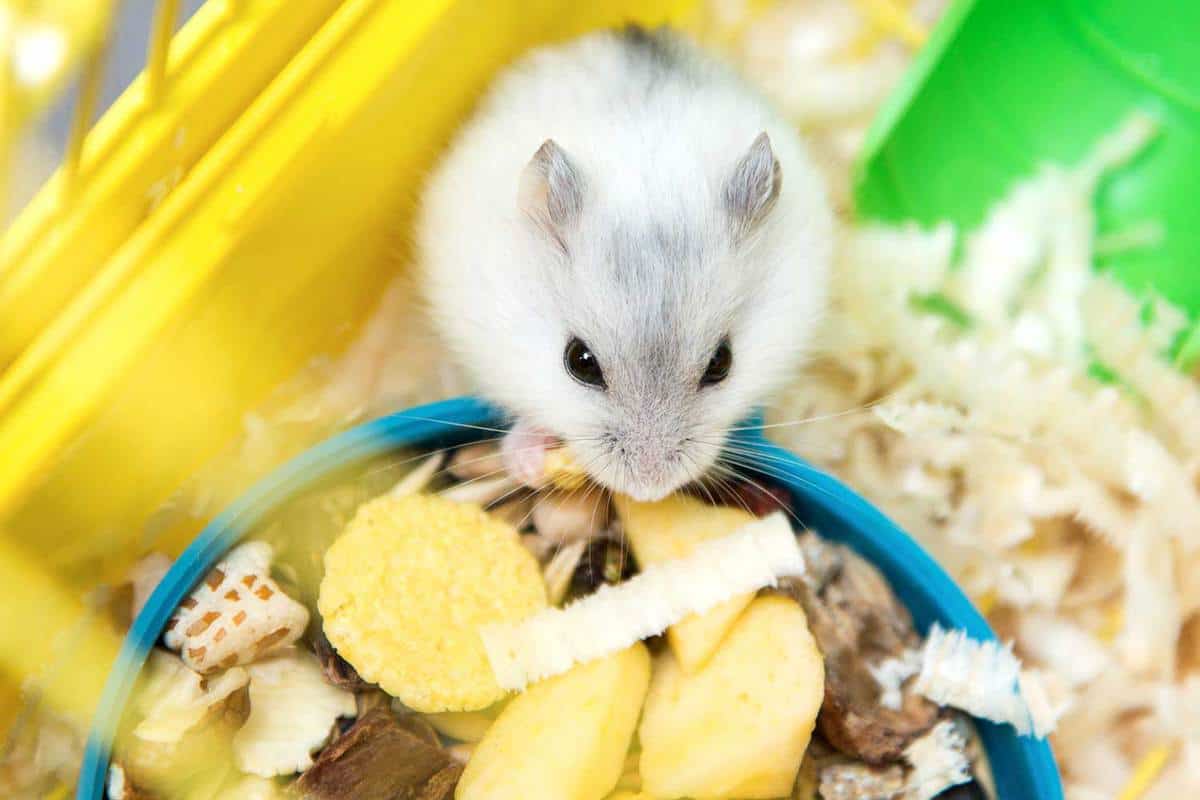 Hamsters originally came from the desert. This environment has limited resources when it comes to food and water. The need to fight to survive has caused the hamster to evolve into protecting their territory and their resources - especially from other hamsters.

If you pair hamsters, they may feel the need to protect their food and space from their housemate. The protective mentality can result in fights, injury, and, in extreme cases, death.

Read more on our blog post, "Why Do Hamsters Fight? (And How To Keep Yours From Doing That)"

What Type Of Hamsters Can Live Together?

While most hamsters do not live peacefully together, there is one type that can tolerate a shared space.

Dwarf hamsters, like the Roborovski dwarf hamster,  can live together and have even been known to share burrow tunnels in their natural habitats. If you plan to have two dwarf hamsters in the same enclosure, there are some precautions to follow. 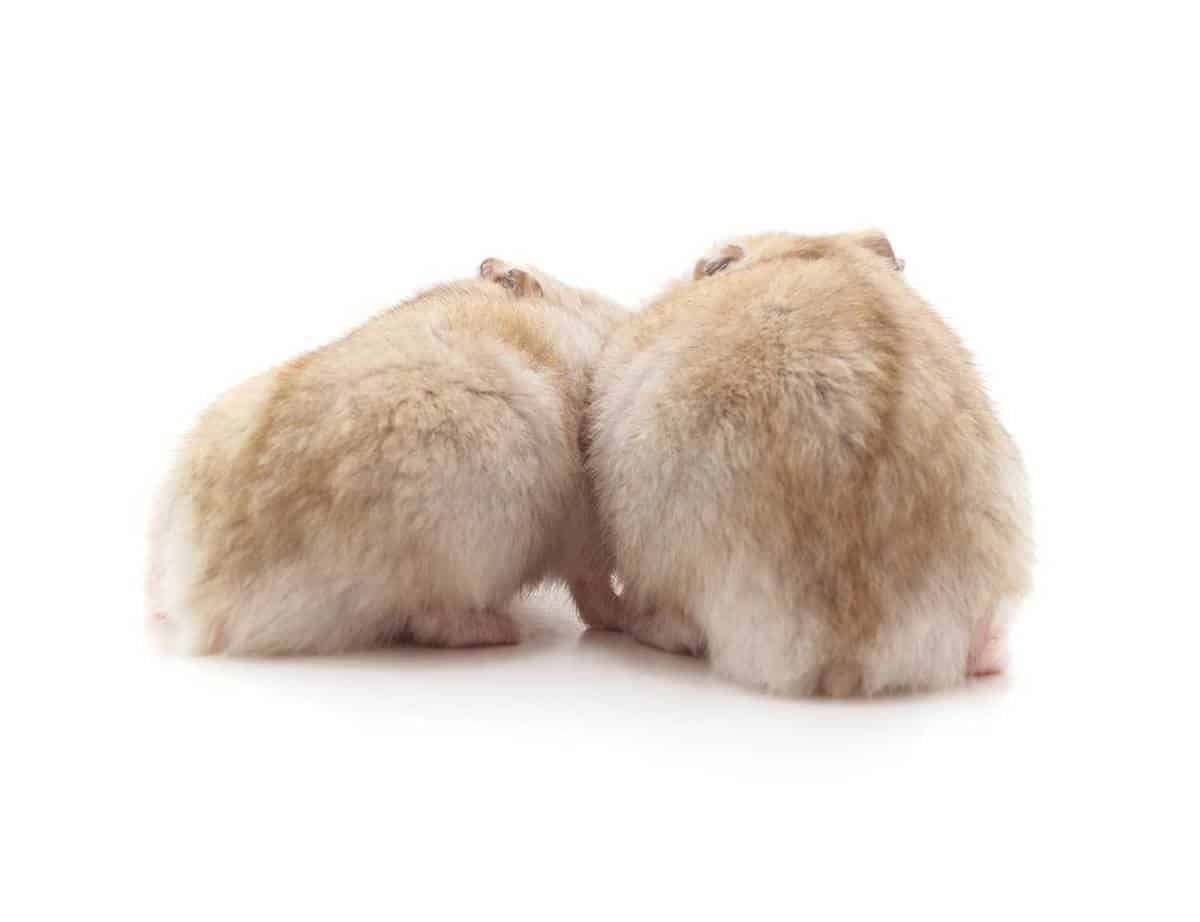 Ensure there is more than enough space and resources to accommodate two hamsters.  Dwarf hamsters should be in same-sex pairs to reduce the chances of unexpected litters.

The ideal pair of dwarf hamsters will be same-sex, the same breed, and preferably brought up together at a young age.

Paying close attention to these guidelines will reduce the chance of your hammies fighting and will help them feel more comfortable with their housemate and environment.

Learn more on our blog post, "Can Hamster Live Together In The Same Cage?"

Can Syrian Hamsters Live In Pairs?

Syrian hamsters, or the Golden hamster, can absolutely not live in pairs. This type of hamster must always be housed separately due to their extreme territorial behavior.

Pairing Syrian hamsters together almost always results in vicious attacks where one or more of the hamsters could get injured, or worse. 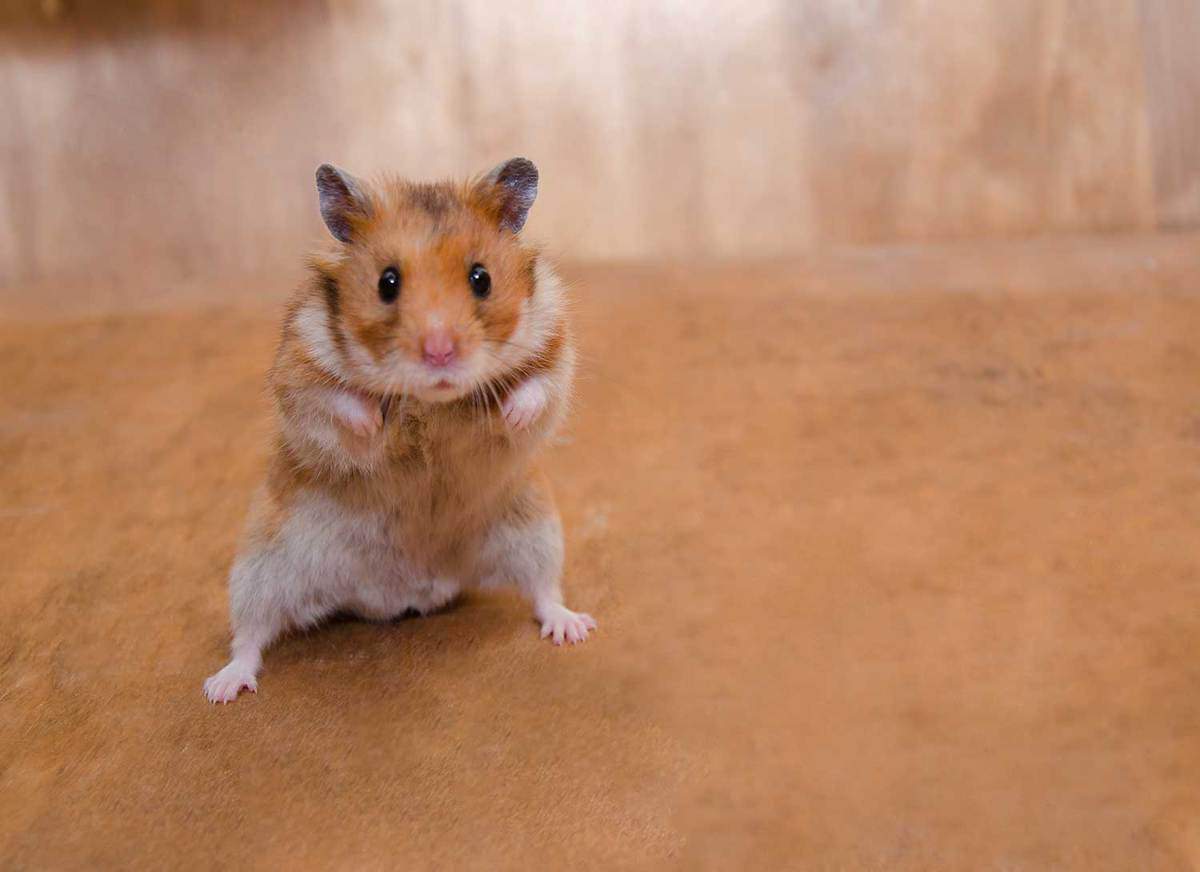 The University of Texas completed a study on the aggressive behavior in female Syrian hamsters, showing that females displayed more territorial aggression than males. The study noted that both males and females showed adult-like aggression versus play fighting by early puberty. 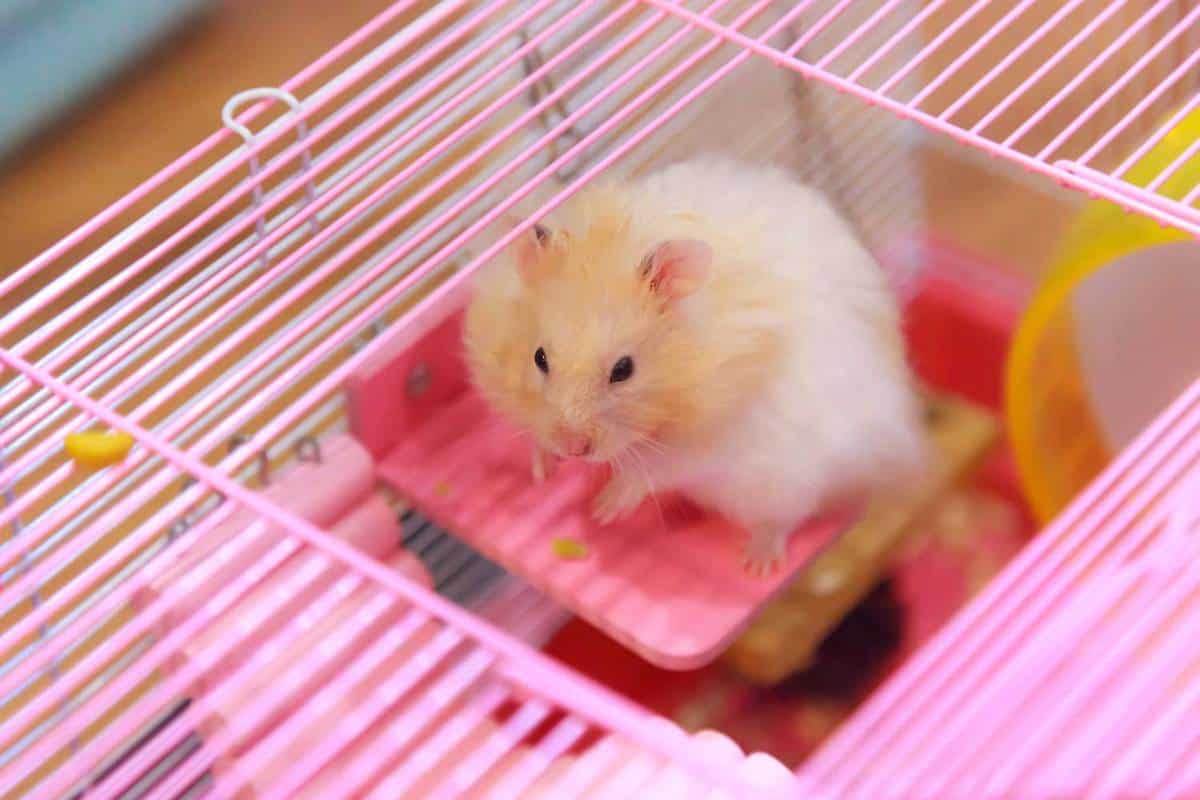 Syrian hamsters have been reported to attack their siblings. Females and males will come together for a short time in the wild to mate but will attack one another shortly afterward. Females will even eat their young at times.

To keep the peace, it is ideal to keep Syrian hamsters separated and within the safety of their own homes.

So, how do Syrian Hamsters breed?

You may be wondering at this point how can the species continue when these hamsters are so territorial. The answer is that during specific times, when the female is in heat, a pair of hamsters will get together to mate, and then move on their separate ways.

Experienced ethical breeders of hamsters know how to recognize those special times, and how to safely bring together a male and a female for the right duration of time.

If you're not an ethical experienced breeder, please don't try to breed your hamsters.

Not sure what species your hamster is? Have a look at our blog post, "What Kind Of Hamster Do I Have?"

Can Teddy Bear Hamsters Live Together?

Teddy Bear hamsters are long-haired Syrian hamsters. This type of hamster is excellent for children and other humans but not for other hamsters.

These hamsters have territorial aggression that may result in severe injury or death. The fatal aggression doesn't come into full force until Teddy Bear hamsters reach sexual maturity at eight weeks.

Once at this age, these hamsters must be separated from each other and all other animals.

Can Two Female Hamsters Be In The Same Cage?

Hamster species like the Syrian hamster and the Chinese hamster should never be in the same cage, even if they are both female. However, if you are introducing two dwarf hamsters into the same cage, it is recommended they be of the same sex.

Having two female dwarf hamsters in the same space can work if they were littermates or were properly and successfully introduced. 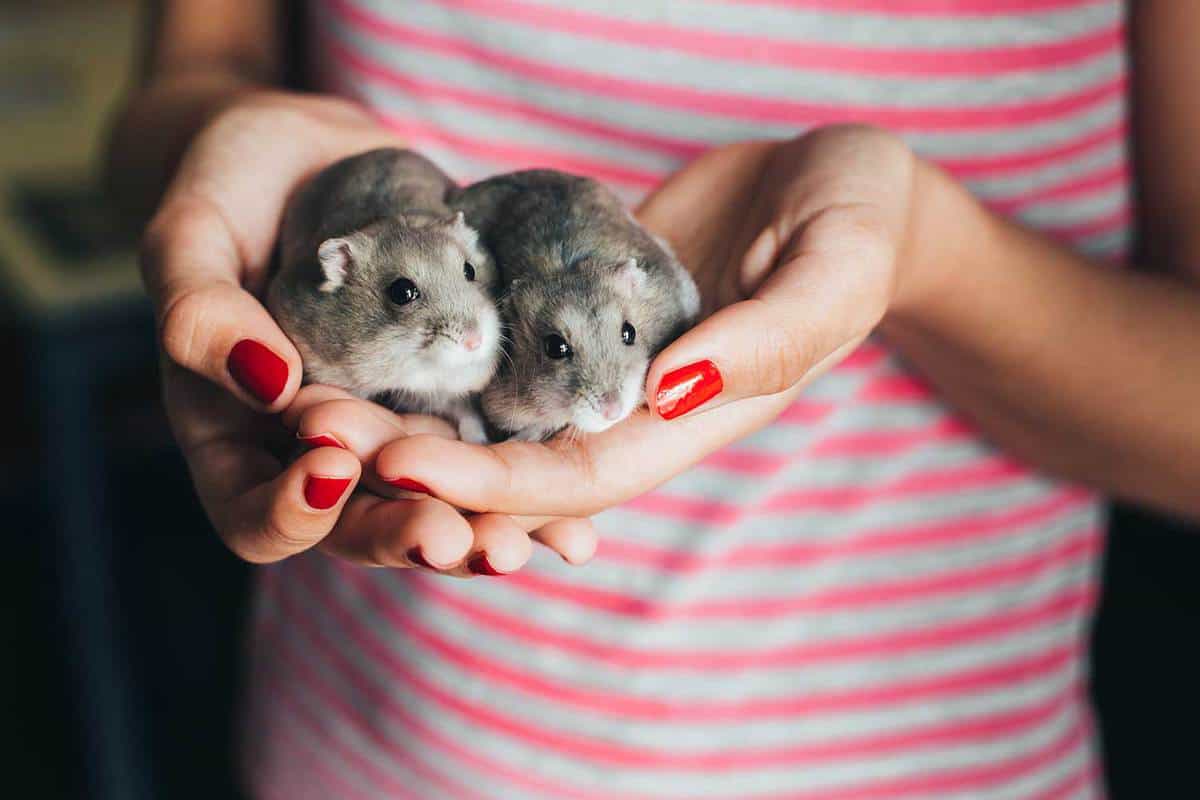 An even better situation would be two female dwarf hamsters from the same litter. This would mean they were introduced at a young age, and they are familiar with each other's scents.  These small details will lead to a large impact when reducing fights or aggressive behavior in the future.

Maybe you are introducing two new dwarf hamsters to one another. The introduction process of hamsters into the same environment should be done slowly and mindfully. Know when to separate your hammies when tension and stress are high to avoid traumas.

Dominating behavior, increasing vocalizing, or any injuries noted means it is time to separate your hamsters.

Why Are Hamsters Caged Together In Pet Stores?

We've talked a lot about the importance of keeping hamsters separate. So, why do we always see them caged together in pet stores? Often, hamsters coming into pets stores are coming in very young and are only there for a short time. Hamsters that are less than eight weeks old typically haven't developed the need to be territorial quite yet. 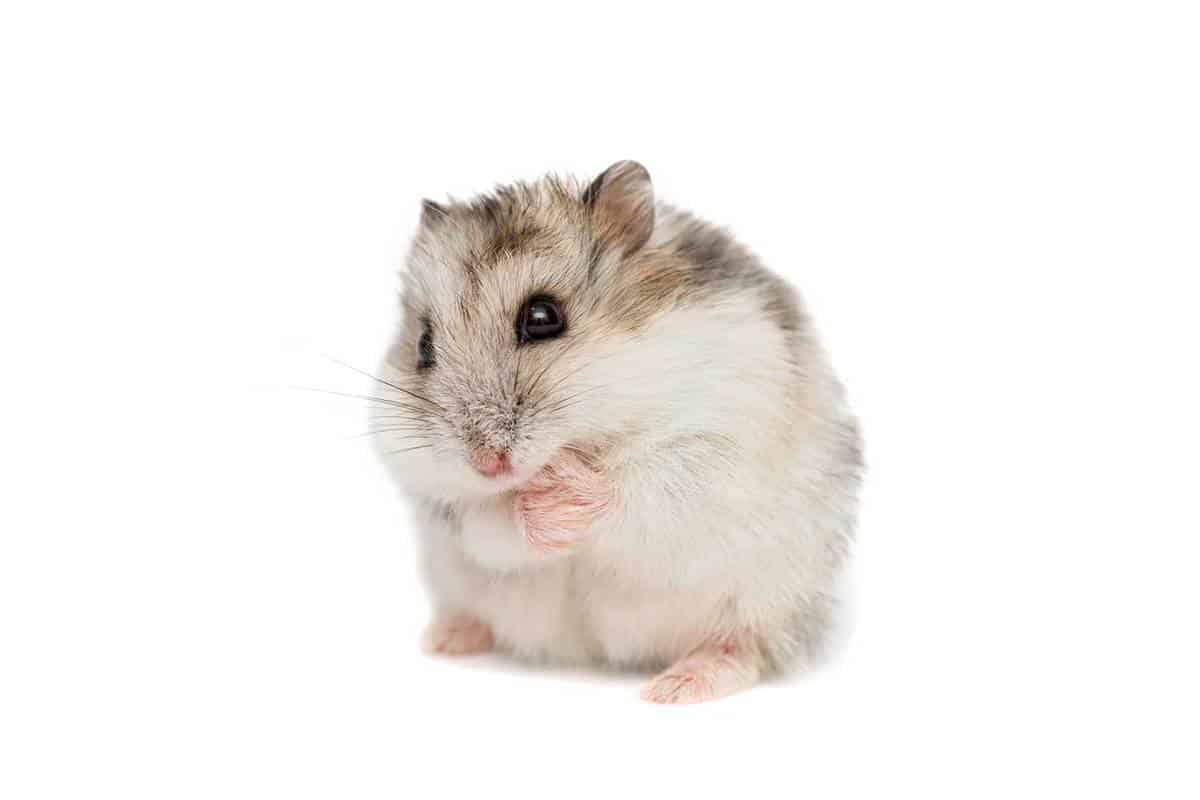 Once hamsters are home, and in an environment they feel comfortable in, they will start claiming space and items. This is when the aggression begins to set in, and we see our hammies fighting one another.

You shouldn't buy hamsters in pairs. There is no benefit to pairing hamsters. Having two or more hamsters together actually raises the incidents of fighting and harming one another. These territorial creatures enjoy isolation and need their own space to thrive.

If you must have a pair of hammies, stick to the Dwarf species. These guys will tolerate one another, but you should still be on high alert for any signs of aggression or dominating behaviors. Ultimately, hamsters are happier when they are housed separately.

In these solitary environments, they do not have to defend their resources and can enjoy the comfort of their home and companionship from their human.

Want further information on your hamster's behavior? Browse through our blog post, "Is My Hamster Bored? (And What To Do About It)".