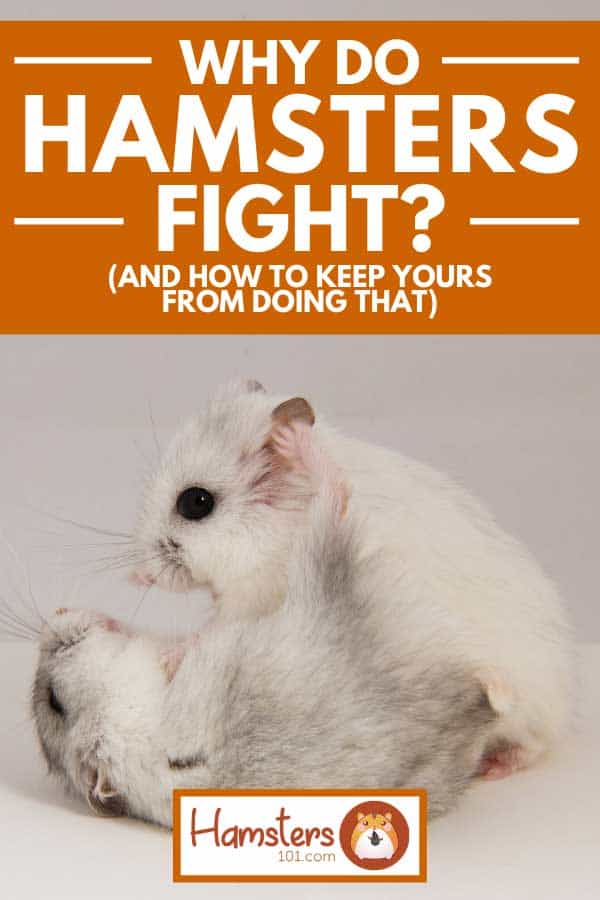 Hamsters are known for being adorable, fluffy, and energetic. They’re also known for sometimes being strangely aggressive in a way that their owners don’t quite understand.

Owners of more than one hamster can relate to the worry and alarm that comes with seeing their pets brawling and hearing the aggressive squeaking of two hamsters in combat.

Why does this happen and how can a hamster owner stop this behavior? We’re here with the answer so that you can put your mind at ease.

Some dwarf hamster breeds are capable of sharing a living space but it needs to be large enough and with plenty of privacy for all hamsters in the cage.

The rest of this article will address fights between dwarf hamsters. If you have two Syrian hamsters fighting – please separate them immediately into two spacious and well-equipped enclosures.

If you house two or more dwarf hamsters in the same enclosure, you have to realize that there is a chance that they will fight.

However, not every instance of fighting is something to worry about. Especially if the hamsters are

Some hamsters will wrestle together to burn energy or to establish dominance over each other without causing harm, but how can you tell the difference?

And when the wrestling turns to genuine fighting, what can you do, as an owner, to minimize this problem? Hamster behavior can be tricky to figure out, so let’s dive into the meat of the matter.

Why Hamsters Fight in the First Place

Hamsters are a lot like people in the way that they can sometimes live amicably with another hamster, but not every prospective roommate is compatible. Dwarf hamsters often live together just fine, but fighting isn’t an uncommon occurrence either.

It’s worth mentioning once again that in the case of Syrian hamsters, you should never have them share a space due to their very territorial nature.

If you take one thing from this article, let it be this –

Syrian hamsters are solitary animals. If you’re keeping a pair in the same area, get another large cage and separate them as soon as possible. 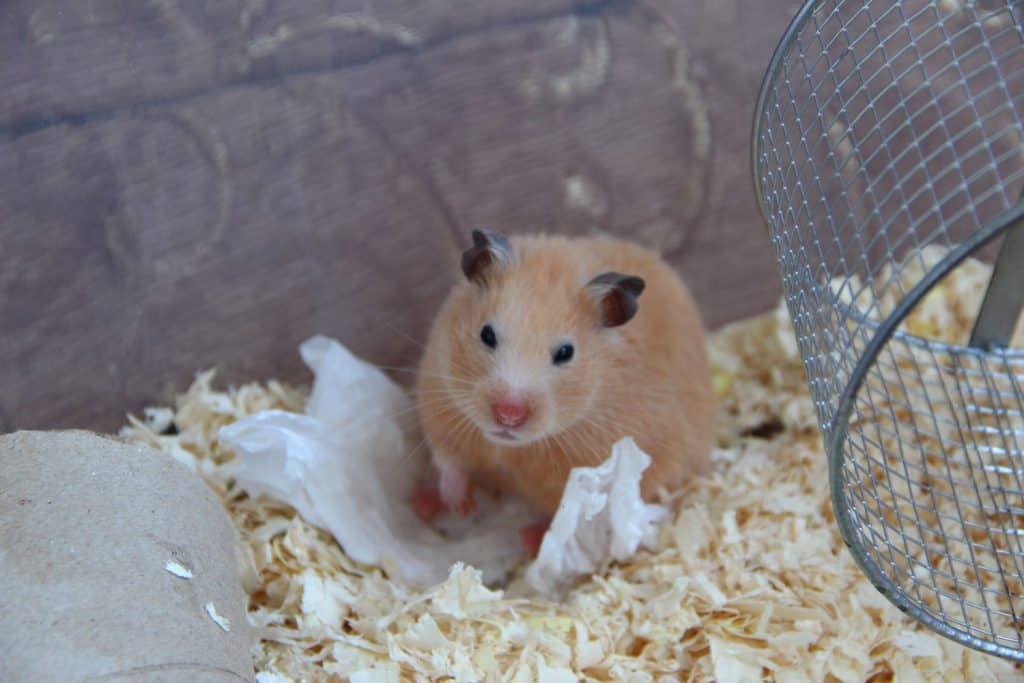 Even in non-solitary hamsters, space can be an issue. In addition to disagreeing temperaments, hamsters may fight because they don’t have enough space or have become stressed.

Even hamsters who have never shown aggression toward each other before can begin fighting under these circumstances, so it’s important to practice the highest quality of hamster care possible.

Hamsters will wrestle when a more aggressive hamster tries to bite at the belly of another.

Through a practice known as “appeasement,” the other hamster may appear to disregard the aggressor and thus indicate its surrender before a wrestling match breaks out. If it does not back down, however, that is when the hamsters might engage each other. 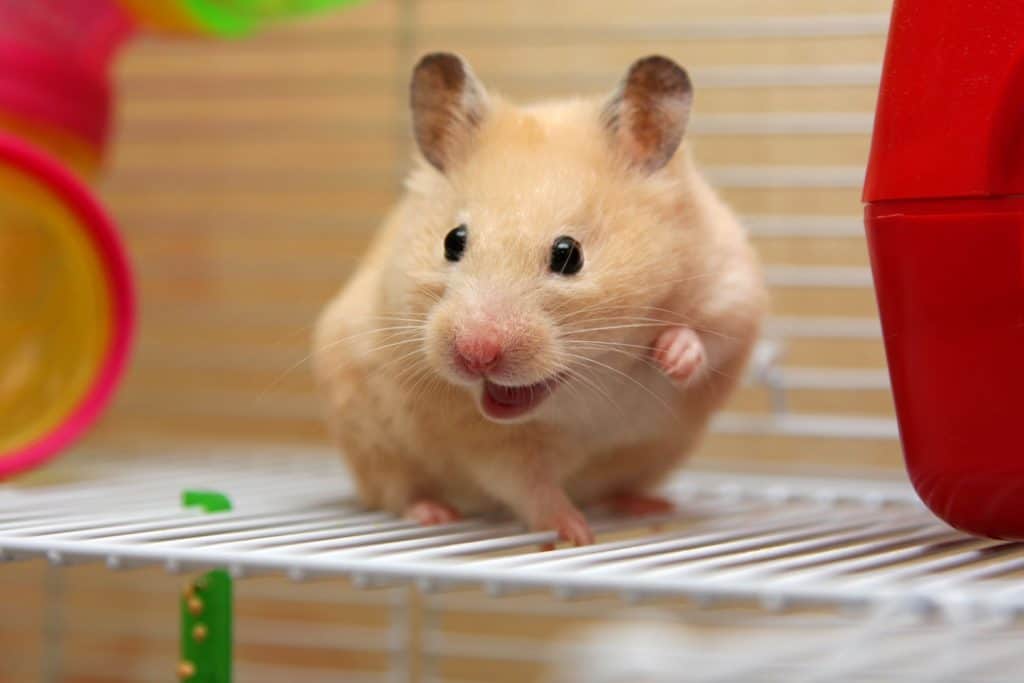 When hamsters wrestle, you will often see them rolling around together in an attempt to overpower one another. Eventually, a hamster may lay on its back in a show of defeat. When this happens, the wrestling match typically ends. Sometimes, though, neither hamster wants to give up and that is when things turn into a real fight.

Fighting is, as you likely figure, more aggressive and potentially harmful than wrestling. When nobody admits defeat in a wrestling match, you will see and hear things coming from the cage that indicate a fight, such as more intense biting and louder squeaking.

If left to their own devices, a hamster fight will end when one hamster flees from the fight altogether.

What to do When Your Hamsters Fight 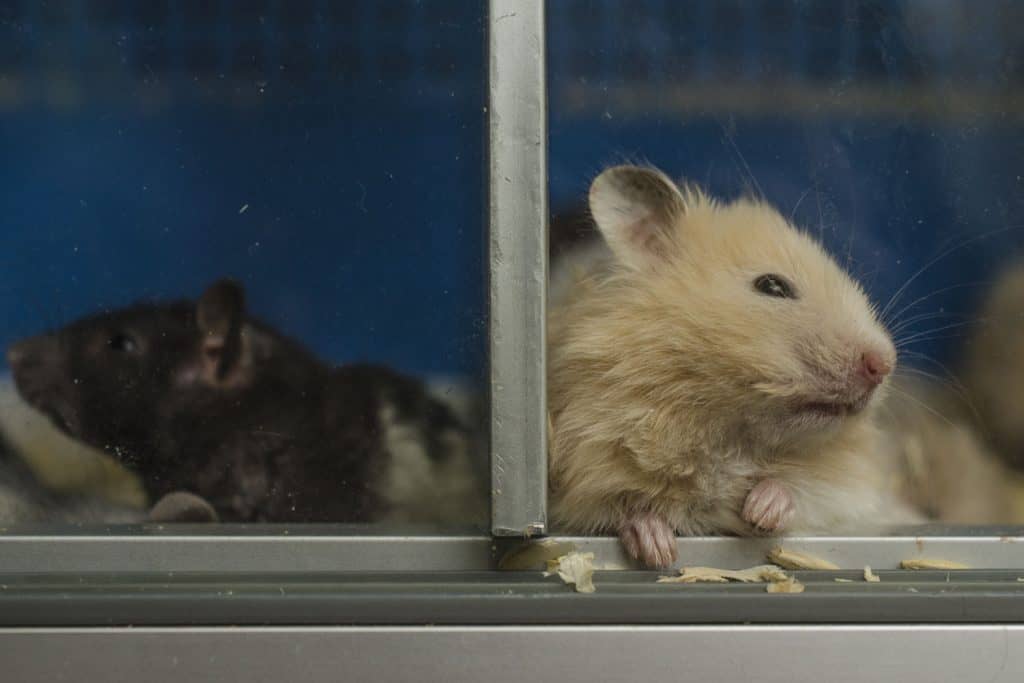 The fastest way to put an end to a hamster fight is to physically separate them immediately.

However, you should do this with caution. Two riled-up hamsters could accidentally injure their owner when they reach their hands into the enclosure to pull them apart. Wear gloves when doing this to reduce your risk of being scratched or bitten by your pets.

If you don’t feel comfortable enough to reach into the cage with your hands while your hamsters are fighting, a spritz of water from a spray bottle could motivate them to come apart. After that, you can pick up one hamster to separate them safely.

Cohabitating hamsters may need some cooling off time, just like humans do when they get into an altercation with another person. This “time out” should be a period of at least a full day.

When you reintroduce them, monitor their behavior very closely in the coming days. If they don’t interact with each other except to fight, you should strongly consider a permanent separation. 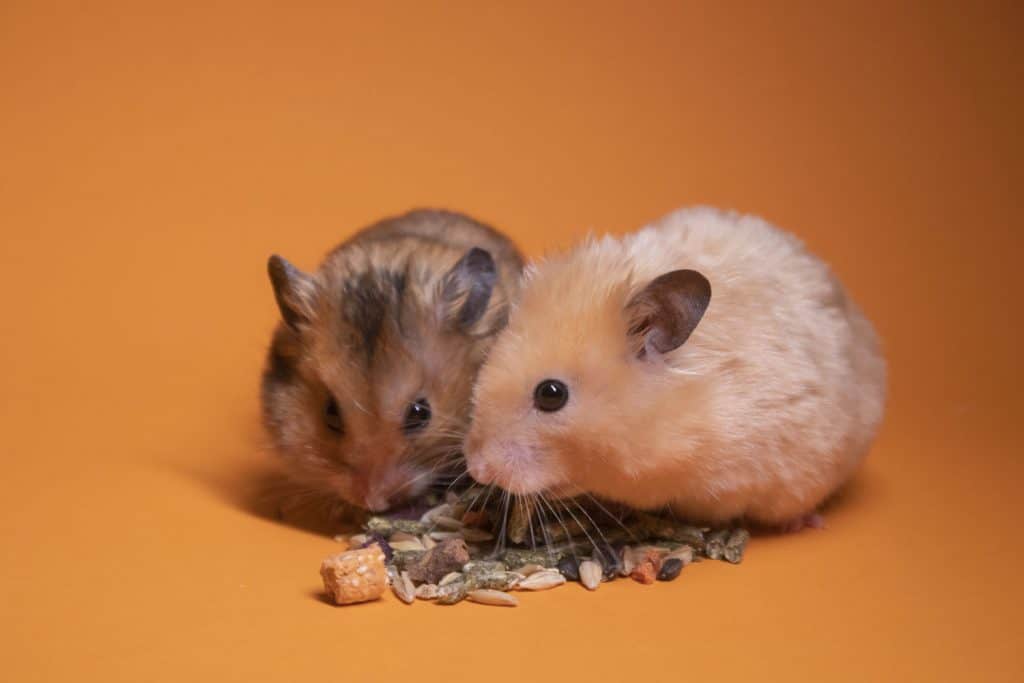 While you cannot control the personalities and relationship between two hamsters, there are some things that you can do to minimize the risk of fighting between these small animals.

Keep these tips in mind when preparing to have cohabitating hamsters but remember: Following all of this advice does not guarantee a peaceful sharing of space. It is not a failure on the part of the hamster owner if their hamsters simply do not get along.

Female dwarf hamsters are known for being more likely to share a space without fighting while males of all breeds have a tendency to be more aggressive with each other.

Syrian hamsters should never be paired in an enclosure with other hamsters, regardless of sex. 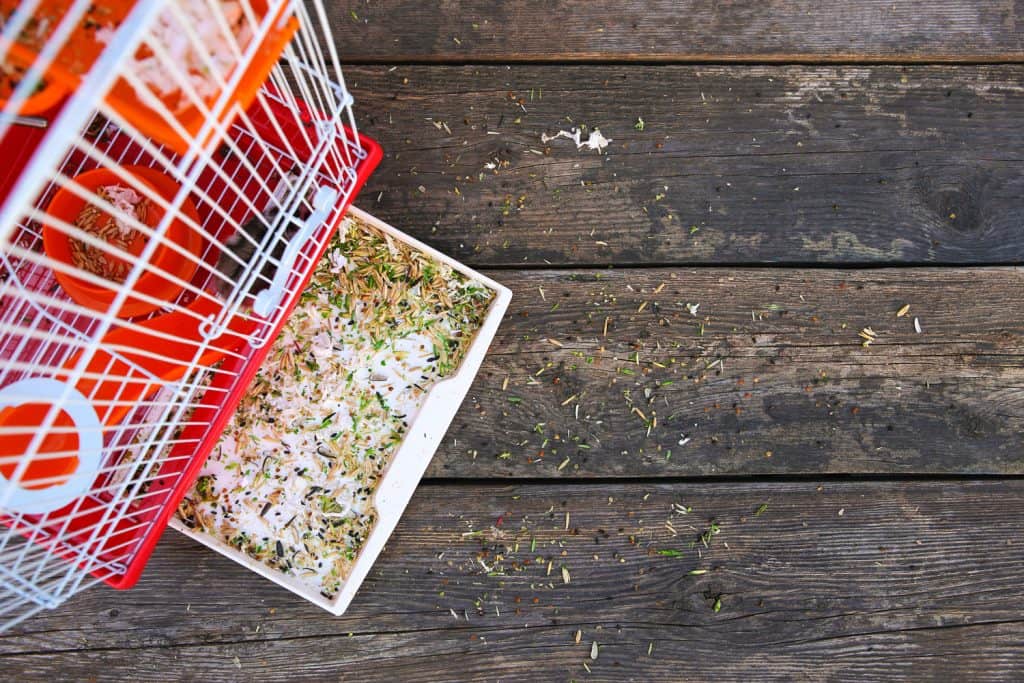 Hamsters are territorial, and smells have a lot to do with that. Make sure to keep the hamsters’ enclosure clean to avoid a buildup of smells that could stress out your pets.

Their bedding should be changed at least once weekly, with any wet bedding being removed on a daily or near-daily basis to ensure a clean, dry space for your hamsters. Check out our post about how often to clean a hamster’s cage.

If an aggressive hamster feels very closed-in and confined, this can result in fighting behaviors. Try investing in a bigger cage and adding new toys and elements, like wheels and tunnels, to keep your hamsters entertained and ensure that they have their own space.

An alternative to buying a new cage if you feel that yours is already adequately sized is to place a partition in the cage that physically separates the hamsters.

Choose a partition made of glass or clear plastic rather than bars, as hamsters could still attempt to fight each other between the gaps. This allows the hamsters to have companionship without the risk of a fight breaking out.

Check this article for DIY hamster cages and enclosures ideas.

Permanent Separation May be Necessary

Unfortunately, the only way to guarantee that your hamsters won’t go after each other is to keep them separated on a permanent basis and never introduce them to the same enclosure at any time.

Even in the presence of a partition that separates them in the same enclosure, they could still get stressed by seeing one another – especially if one or both hamsters are particularly aggressive. Entirely separate enclosures could be necessary if your hamsters just cannot get along.

Fighting Between Hamsters is Serious

A fight between two hamsters might not seem that brutal or dangerous because they are small creatures.

However, their teeth can cause serious damage to each other in the throes of a fight. Hamsters have sustained ghastly injuries and have even died as a result of these fights.

Prevention is important in keeping your hamsters safe. It is also vital that you have an understanding of each hamster’s temperament. If you know that a hamster is especially aggressive, it could save you both a lot of stress to house them separately from your other hamsters from day one.

In conclusion, it’s really all about being attentive and practicing good hamster care. If you ensure that your hamsters are entertained and living in an enclosure that’s big enough for pairs, you could see a successful cohabitating situation.

However, some hamsters just will not get along. You can’t force it and you shouldn’t feel bad if you have to keep them separate for their own safety.

Why Does My Hamster Pee Or Poop In His Wheel?

How to Help a Hamster Adjust to Their New Home