As a hamster owner, you probably noticed the tiny claws on your hamster's fingers. Should you clip them? Is cutting your hamster's nails part of a grooming routine you should be sticking to? We wondered the same and went exploring for answers regarding the various types of pet hamsters out there. 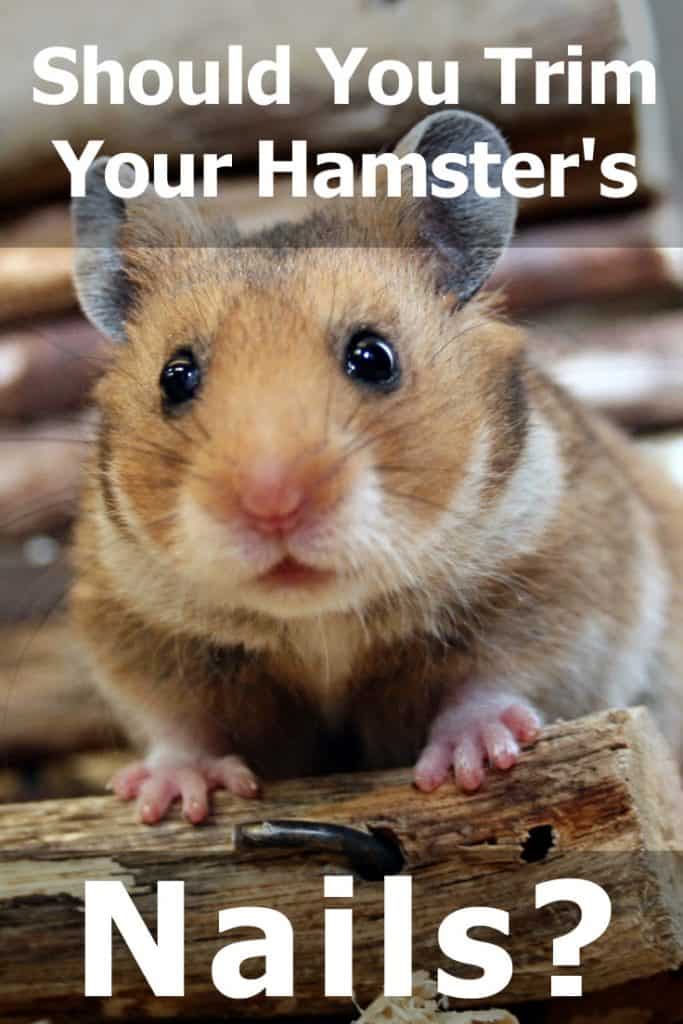 Not all hamsters require trimming of their nails. In fact, many will do this on their own by scratching at things in their environment. However, elderly and sickly hamsters are prone to having nail overgrowth issues. This can also happen to perfectly healthy, young hamsters. It doesn’t mean that your pet is unwell. It just means that they need a manicure.

Hamsters are widely believed to be one of the most low-maintenance pets around. While caring for them can certainly be easy, the happiest hamsters live in homes where their owners know the ins and outs of hamster care. Grooming is an essential part of having a pet of most varieties, hamsters included. A lot of owners don’t even realize this fact until their cherished pet’s nails start becoming a worry. If you want to know how to maintain your hamster’s nails for optimal health and functionality, continue reading.

The most common hamsters kept as household pets are Syrian hamsters, the dwarf Russian Campbell hamster, the Siberian hamster, the Roborovski hamster, and the Chinese hamster. All of these adorable creatures make for exceptional pets and they all require just about the same degree of care. None of these species are especially prone to nail overgrowth, so use this advice on a case-by-case basis.

How Can I Tell If My Hamster’s Nails/Claws Are Too Long? 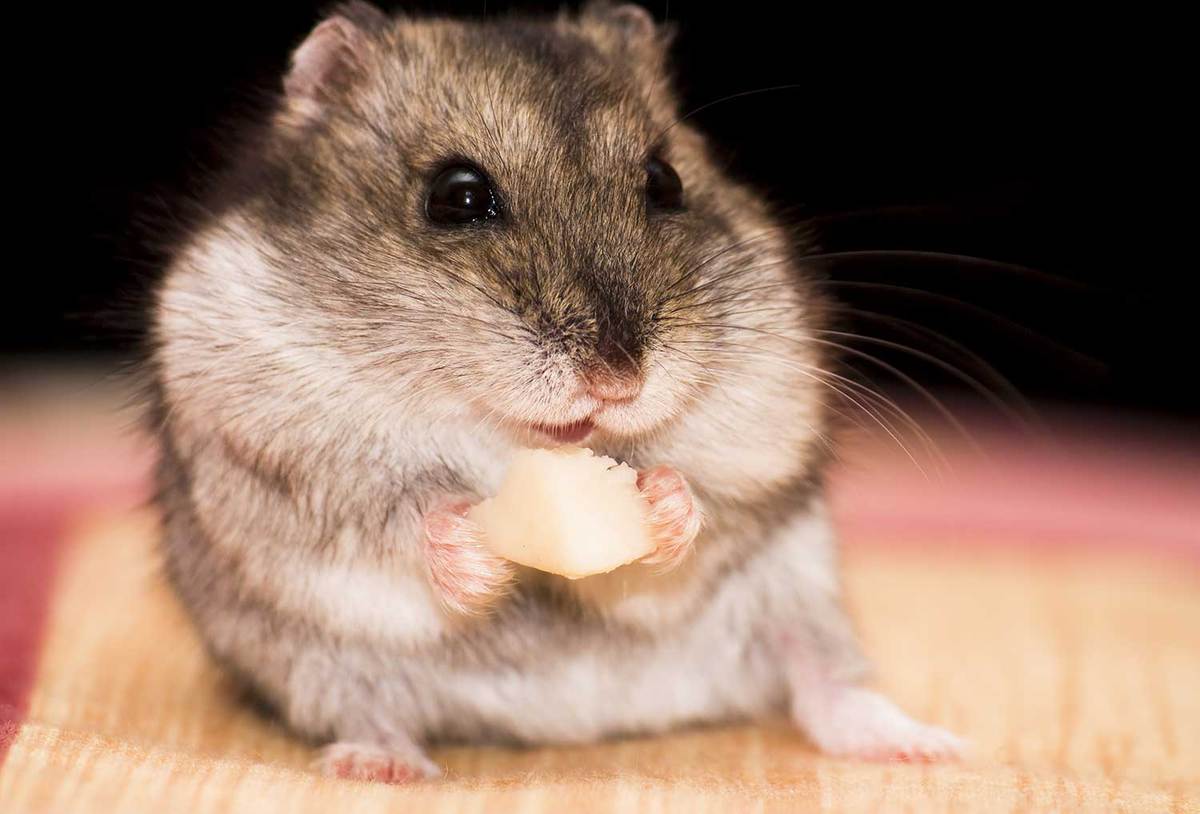 This sounds like it could be a complicated matter, as many aspects of hamster care can be surprisingly complex, but it really isn’t. Your hamster’s nails are too long if they appear to be too long – it really is that simple. If you find that their nails are growing under and toward their paws, they are definitely overdue for a trim.

Other signs that their little claws might be too long include:

If your pet is experiencing any of these issues, then it is time to take a serious look at their nails. Overgrown nails, when left unattended, can break off and cause painful bleeding and even infection.

What Should I Do When I Notice My Hamster’s Nail Overgrowth? 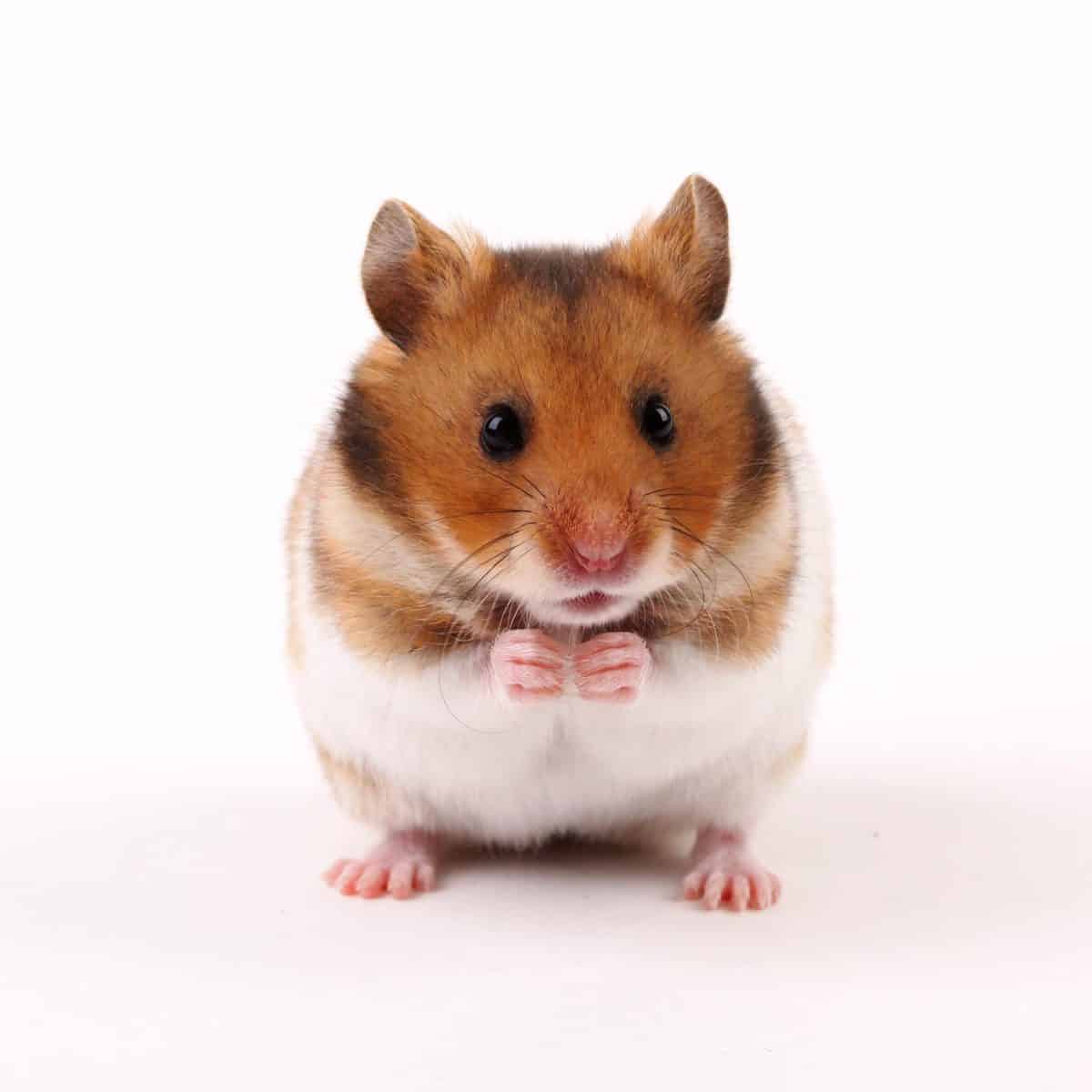 The best advice is to take your hamster to the vet to get their nails professionally trimmed. This is especially useful advice for new hamster owners or owners of hamsters who are rambunctious and difficult to handle generally. A veterinarian will be able to get it done quickly and efficiently. They will even show you how to do it yourself, once you feel comfortable doing so.

Stopping in at the vet for an inexpensive nail trim minimizes the risk of physical harm coming to yourself or your pet. It is easy for accidents to happen when dealing with a wiggling hamster who needs his or her nails trimmed up. After watching the vet do it a couple of times, you will likely get the picture and can eventually start doing it at home.

Your vet may use a special nail clipper from their office, but at home, a pair of infant’s nail clippers is perfectly adequate.

If you never start feeling comfortable with trimming your hamster’s nails yourself, that’s okay too! Your vet won’t mind the infrequent and inexpensive visits if it means keeping your hamster happy and healthy.

How Can I Help My Hamster Trim His or Her Own Nails?

As mentioned above, hamsters can use their environment to trim their nails – if they feel inclined to, anyway. A found object in their enclosure, even something as simple as a rock, can function as a nail file. Many hamster owners like to buy smooth, flat rocks (like the ones you may buy from a fish/aquarium supply store). Rocks like this do not pose the risk of tipping over and hurting the hamster. They also remain cool in the summertime, which makes for a great sleeping spot when things get hot!

Hamsters may also trim their nails on other toys in their enclosure, or even on parts of the enclosure itself, like the cage bars. If your hamster is very active, you might see that he or she rarely or never needs to get their nails trimmed. This is because they are filing their own nails down through their daily activities.

Why You Should Avoid Using Sandpaper

One thing that you should not do is incorporate sandpaper into your hamster’s environment. Sandpaper may be a quick and efficient way of handling long nails, but it can agitate the soles of your hamster’s feet. Sandpaper also provides a chewing hazard and the dust produced can become inhaled by your pet.

What Can Go Wrong When I Trim My Hamster’s Nails?

Trimming a small, resisting animal’s nails isn’t always an easy task. They don’t understand what’s going on and may try to get away. More mellow hamsters may allow you to trim more or all of their nails in one sitting than a young and rambunctious one.

People with poor hand-eye coordination and those who are quite young and inexperienced in handling these animals should defer to someone who knows what they are doing. Even if you’re confident in your hamster manicure skills, accidents can happen. The biggest risks associated with trimming a hamster’s nails are bleeding and infection.

What Happens if My Hamster’s Nail Bleeds?

Cutting down too far into the nail can cause bleeding that will likely hurt. It also leaves the area open to infection – but first, you should deal with the bleeding. Styptic powder should be applied to the wound, as it will stop the bleeding. You can purchase this from most pet care stores, and for quite a low price too.

If an infection is your worry or if the bleeding doesn’t stop even after using styptic powder, it’s time to call the vet.

Tips for Trimming Your Hamster’s Nails at Home 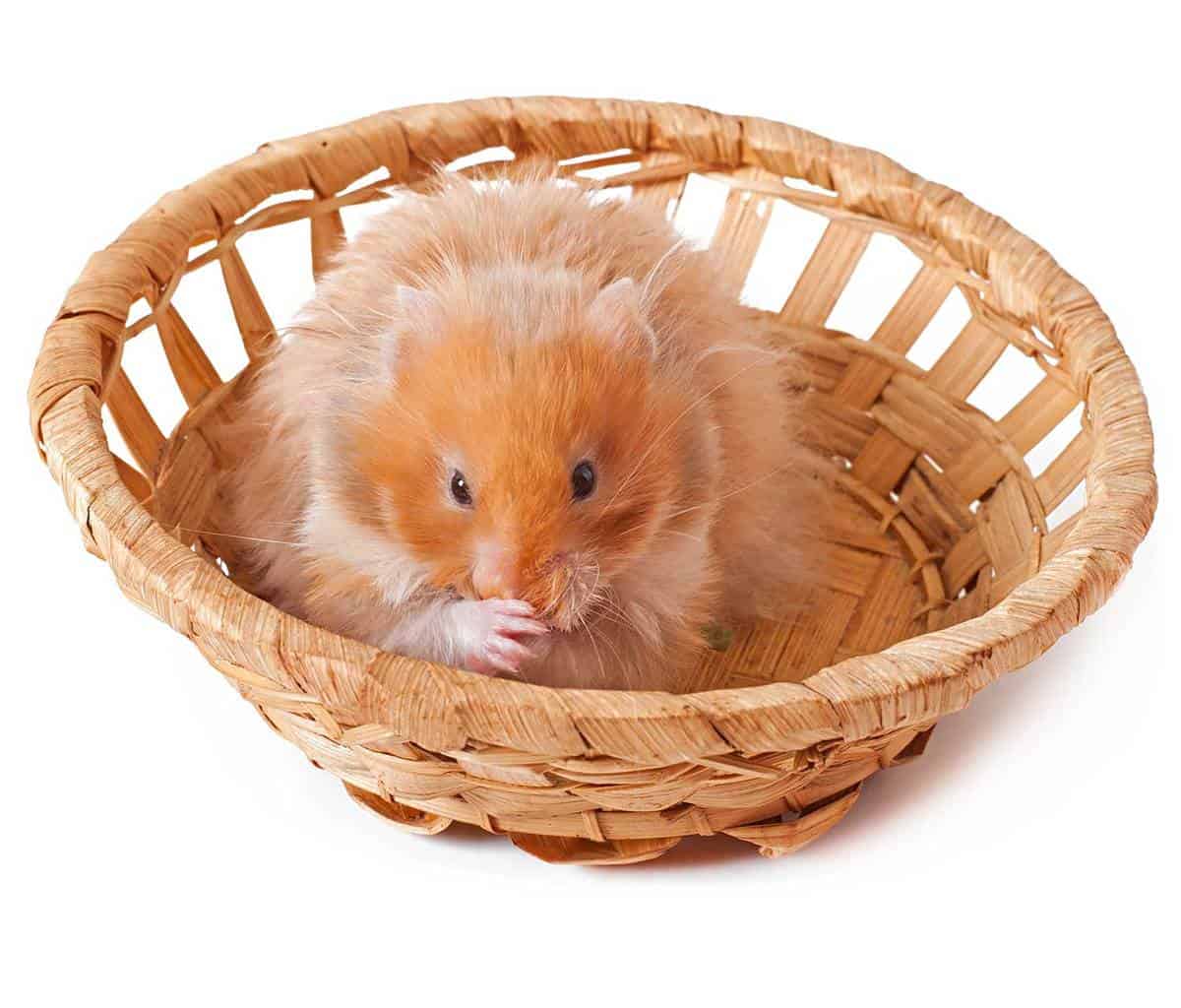 So, you’ve found the confidence to tackle this matter of trimming on your own. This saves time and money that would otherwise be spent at the vet, and many hamster owners take to doing this after seeing their vet trim the nails a handful of times. Here are some tips to help you take care of those overgrown nails with minimal fuss.

Your vet will be able to give you additional advice as to how to hold your particular hamster. Dwarf hamsters, for example, can be more difficult to trim up because of their small size. They will likely require a slightly different hold than larger hamsters, like the Syrian hamster.

While you’re handling the nail overgrowth situation, you might notice that your hamster could use a little bit of additional grooming. Most pets with fur will require some routine or special maintenance in their grooming, and hamsters aren’t excluded from this. If their nails got very long, their fur might have suffered some tangles during their daily self-grooming practices.

Tools of the Trade

Because hamsters are small, grooming one can be fairly easy. You also don’t need the special grooming tools that you might see dog owners use, for example, because their grooming needs are much smaller. In fact, to groom your hamster one only needs:

Scissors could also be required if your hamster has matted or badly tangled hair.

Getting to the Grooming

Now that you have everything that you need on-hand, it’s time to set your hamster down onto a stable surface and get to grooming! Unless your hamster has some mats or tangles, grooming them can be quick and easy.

While the idea of trimming down a small, squirming animal’s nails sounds like a challenge, you should know that you have numerous courses of action to choose from. If providing environmental objects to help them keep their nails trimmed doesn’t work, a trip to the vet could be the way to go. These professionals will be able to do the job quickly and inexpensively – while showing you how you can do it at home!

Hamsters are relatively low-maintenance creatures, but they do require some care to stay healthy and live their lives to the fullest. If your hamster is an elder or has become sick, it is worth taking extra care to look at their nails. Hamsters with lower activity levels often are the ones with nail overgrowth concerns.

How to Train a Hamster to Use the Litter Box

17 Hamster House Ideas That Will Make You Go AWWWW