Hamsters make adorable pets due to their small size. Because they look chubby and eat a lot, some pet owners might think hamsters weigh more than they actually do. But how much do hamsters actually weigh? We’ve researched the average weights of the five most common breeds sold in pet shops.

Most hamsters weigh between 0.5-ounces and 10.5-ounces, but even the largest pet hamsters won’t weigh more than 7- or 8-ounces. How much your pet hamster should weigh depends on the hamster's breed and hamster's age.

It’s important to know how much your pet hamster weighs so that you can tell if they are overweight or too skinny because both of those can cause health problems for your hamster. Keep reading to find out how much each of the five most common breeds of hamsters usually weighs.

We'll also provide some crucial tips, so you can be aware of how to help your hamster balance her weight with diet and observe any potential health concerns. 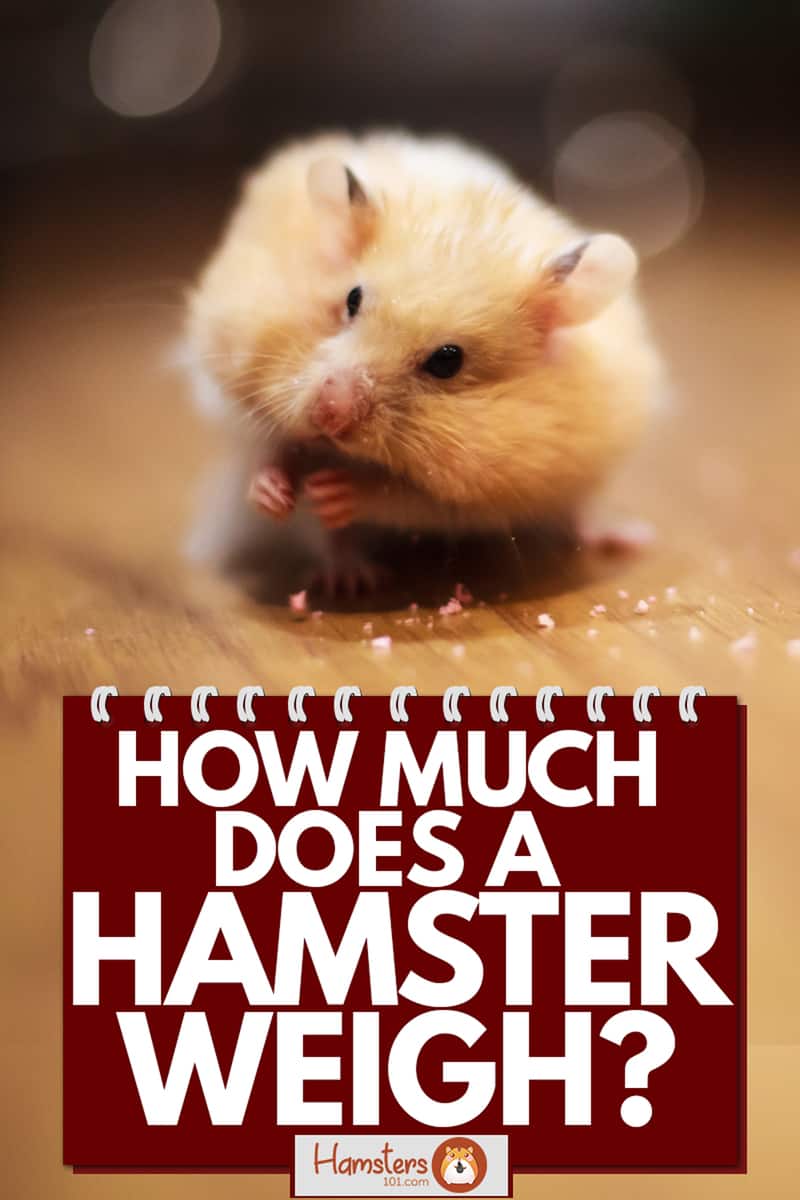 This breed of hamster is the smallest breed with an average weight between 0.75-ounces and 1.5-ounces for adults, although 1.5-ounces could be considered overweight. Not only are these hamsters the smallest, but they are also the fastest. This means that Roborovski hamsters use more energy than larger hamsters, potentially causing them to weigh less because of their higher metabolism. 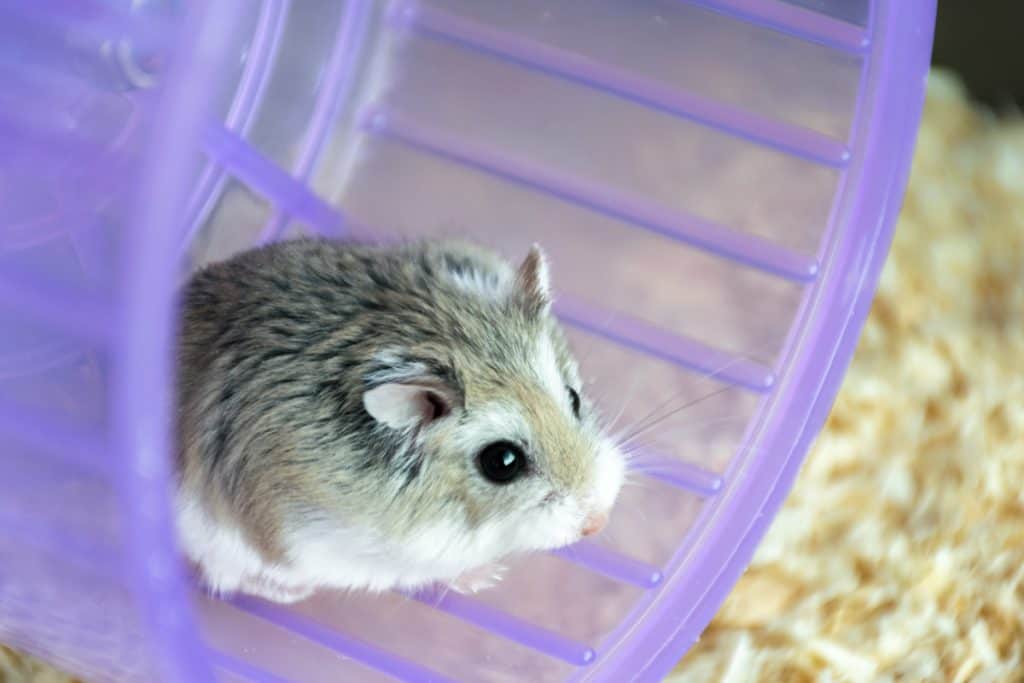 While most hamsters are chubby, Chinese hamsters have a longer and thinner body shape. They usually weigh between 1.5- and 1.75-ounces as adults and can grow up to 5-inches in length. They have longer tails than other species of hamster, which contributes to some of their weight. 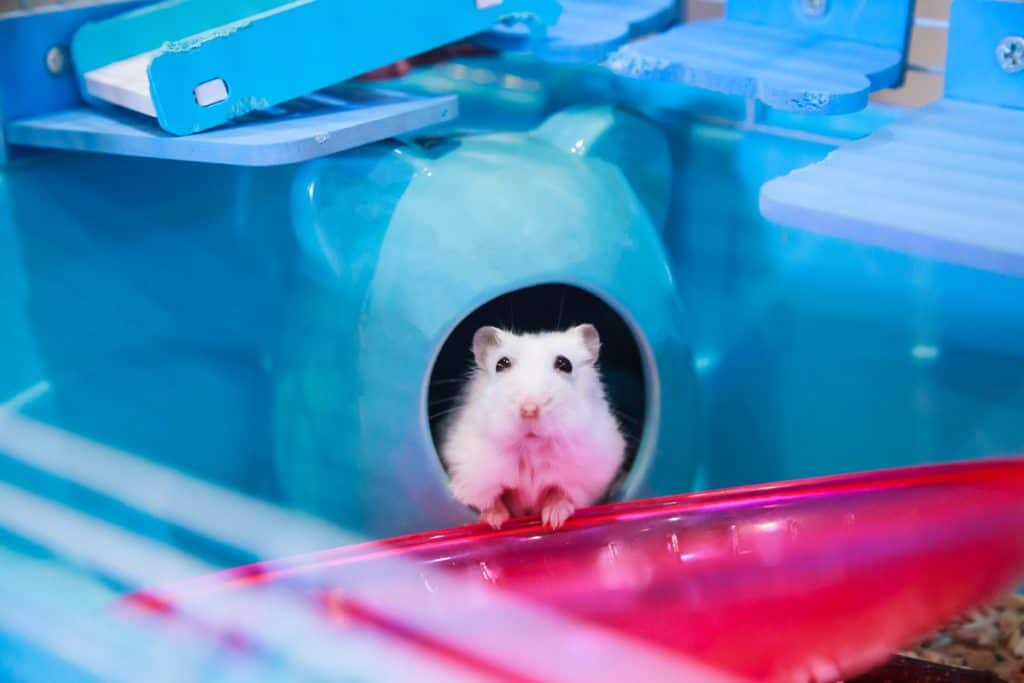 Syrian hamsters are the largest species of hamsters. As adults, their average weight is around 4.5-ounces, but because they can reach 6- to 7-inches in length and weigh about 1-ounce for every inch, they can weigh up to 7-ounces.

How do I weigh a hamster?

Hamsters can be difficult to weigh because of their size. Scales that weigh objects in pounds usually won't register a hamster's weight because they typically weigh less than a pound. For the most accurate measurement, a scale that weighs in grams or ounces - such as a kitchen scale- is a better choice.

Try this kitchen scale from Amazon.

Please watch this video for more tips on weighing your hamster.

How do I know if my hamster is overweight?

Hamsters are known for their chubby appearance. It's one of the things that makes them so cute. But it's important to make sure that your hamster isn't actually overweight because this could cause him to have health problems.

To find out if your hamster is overweight, you will need to know your hamster's breed and how old he is. Research how much your breed of hamster should weigh for his age, then weigh your hamster using one of the methods above and compare the two weights.

How do I get my hamster to lose weight?

There are many reasons why a pet hamster could be overweight. The most common reason is that she isn't getting enough exercise or getting a high-quality diet. Hamster owners need to make sure that hamsters exercise and eat foods that are good for them. If your hamster is overweight, here are the actions you can take.

There are different kinds of hamster food, and some are better than others. Choose high-quality food and avoid feeding your hamster too much junk food. Foods that are considered junk food for hamsters are seeds, treats, or sugary foods such as fruit. It is okay for hamsters to have these foods occasionally, but giving them to your hamster every day could be why he is overweight.

Hamsters need a little resh food every day, such as grass or carrots. Lettuce can be fed to them in small amounts, but too much can cause diarrhea. Hamsters can also have small pieces of dog treats now and then. Dog treats provide protein for the hamster.

Reduce the amount of food

Because they are so small, hamsters eat a lot to create plenty of energy. Sometimes overeating is the reason your hamster is overweight. Usually, a tablespoon of food per day is plenty for a hamster, in addition to a little bit of fresh food.

Make sure your hamster is getting plenty of exercise

Not only can hamsters who don't get enough exercise be overweight, but they can also become depressed. A hamster should have an exercise wheel to run on in its cage to get plenty of exercise. You can also take your hamster out of the cage once a day and put it in an exercise ball to run around for about 20-minutes.

A bigger hamster cage can also give your hamster more exercise. Hamsters are very active and need room to run to burn off calories from their food. Consider adding tubes and hamster playgrounds to give your hamster a fun place to exercise and play. 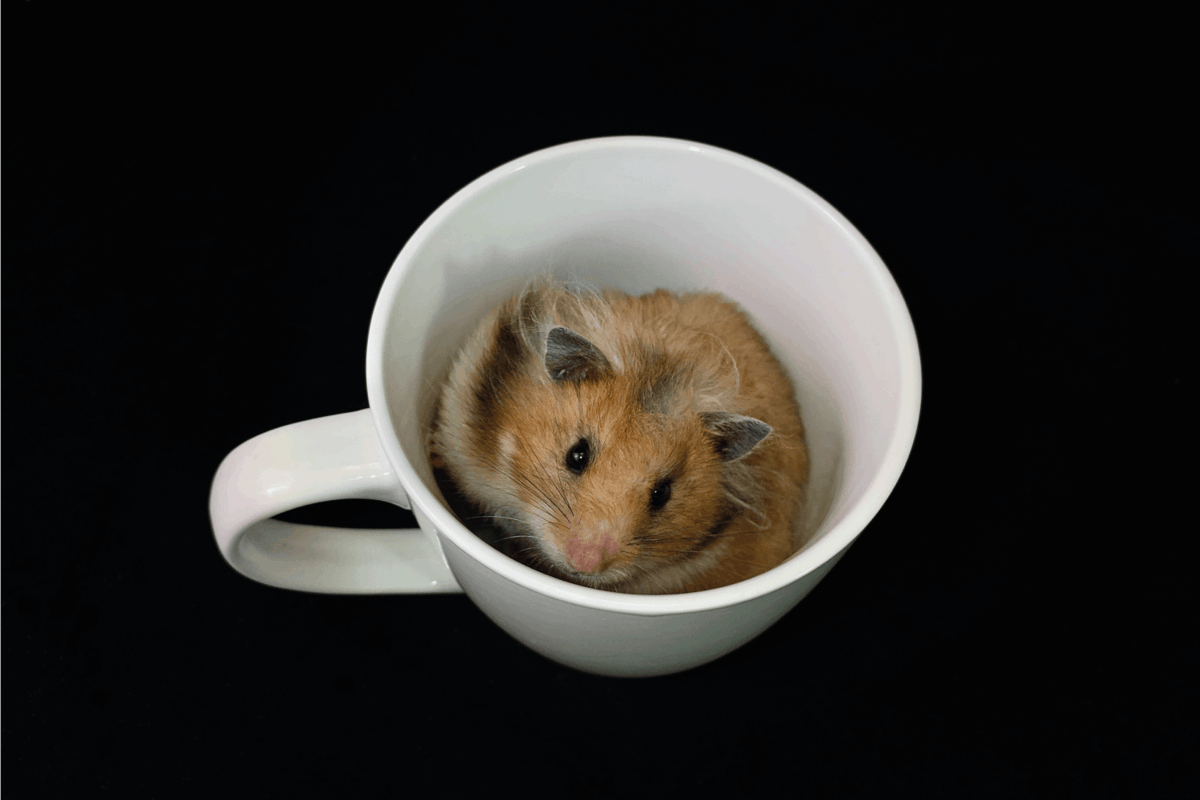 How often should I feed my hamster?

Can hamsters die of obesity?

Obesity can cause a lot of health problems for hamsters. Obesity illnesses for hamsters are similar to illnesses caused by obesity in humans. While obesity does not directly cause death in hamsters, it can cause other diseases such as diabetes and heart problems that can eventually lead to death.

Why do hamsters get skinny?

There are several reasons why your hamster could be losing weight. It could be due to an illness, not eating or drinking enough, getting too much exercise, or other physical problems. Let's look at the possible reasons as to why your hamster is getting skinnier and figure out how we can fix them.

Abscesses in hamsters usually form in the cheeks. Hard or sharp foods can cut or scratch the inside of a hamster's cheek. If the cut becomes infected, it causes an abscess. Abscesses can make it painful for a hamster to eat, causing him to eat less and resulting in weight loss. They usually have to be treated with antibiotics by a veterinarian.

Similar to abscesses, tooth problems can cause pain for hamsters when they eat. Hamsters are rodents, so their teeth can become overgrown if they don't have things to gnaw on to grind them down. Feeding them pieces of dog treats occasionally can help them grind down their teeth.

Broken or missing teeth can also cause pain for hamsters. Hamsters begin losing teeth as they get older, but if teeth are broken and become infected, it could be why your hamster is losing weight. This is another instance where you may want to seek treatment from a vet.

Vitamin deficiencies can cause weight loss in hamsters. If hamsters have a deficiency of vitamin A, vitamin B, or folic acid, it can cause hair loss, weakness, and fatigue. To fix this, make sure you feed your hamster high-quality foods with plenty of nutrients or fresh vegetables high in vitamins such as carrots, broccoli, and spinach.

Usually, with old age, a hamster’s weight loss is gradual and happens over a long time period. As hamsters age, their metabolisms slow down, causing them to eat less frequently. If they maintain the same exercise habits, they could be losing weight faster than they can replace it by eating. If they're still eating regularly, they may be just consuming less food each time they eat, which could be another reason why your older hamster is losing weight. 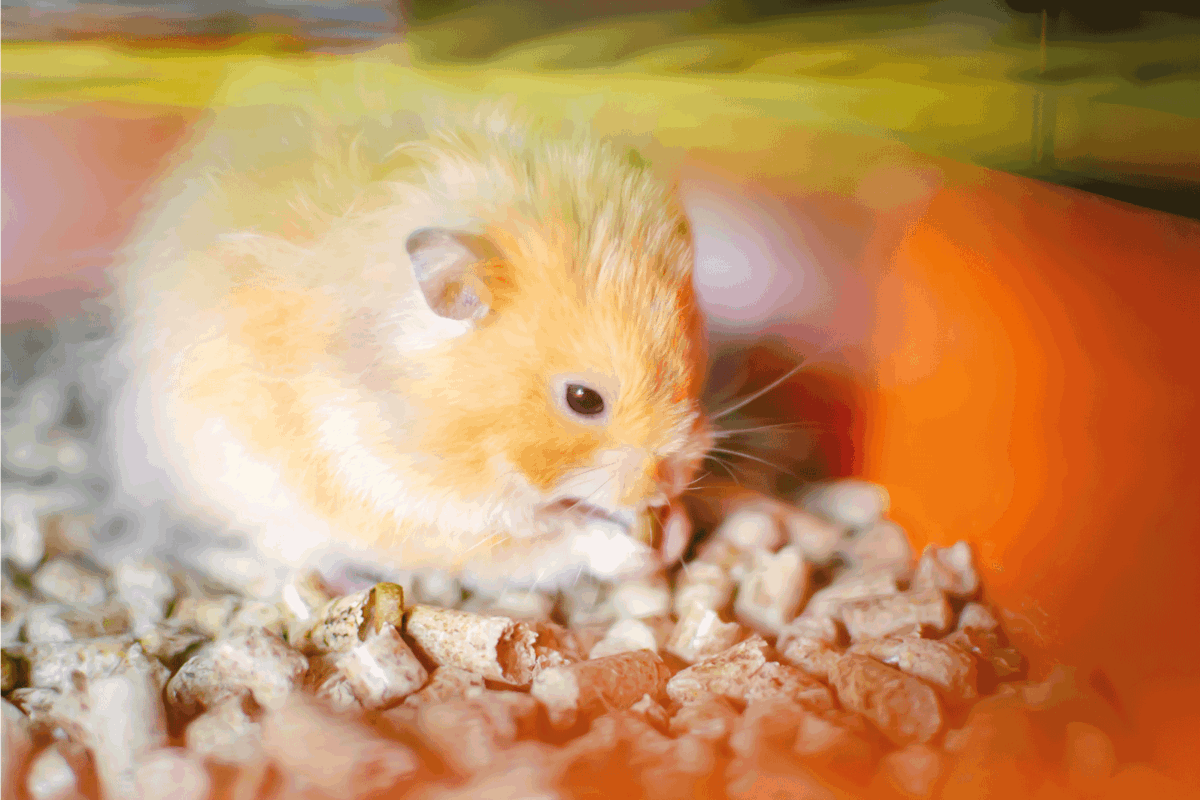 Keep your hamster happy and healthy

Helping your hamster maintain his ideal weight is important for making sure he is happy and healthy. Remember to feed him good foods, give him plenty of exercise, and lots of fun things to play on and gnaw on to help him maintain a healthy weight. And as always, consult your vet if you have any questions or concerns about your hamster’s weight or health.

thank u for the videos it actually worked i have 2 little hamsters one is 4 months the other is 3 months.