When looking at your pet, you may wonder if hamsters have tails. After all, they don’t have a long tail that wags when they’re happy to see you. But just because you can’t see something doesn’t mean it’s not there. 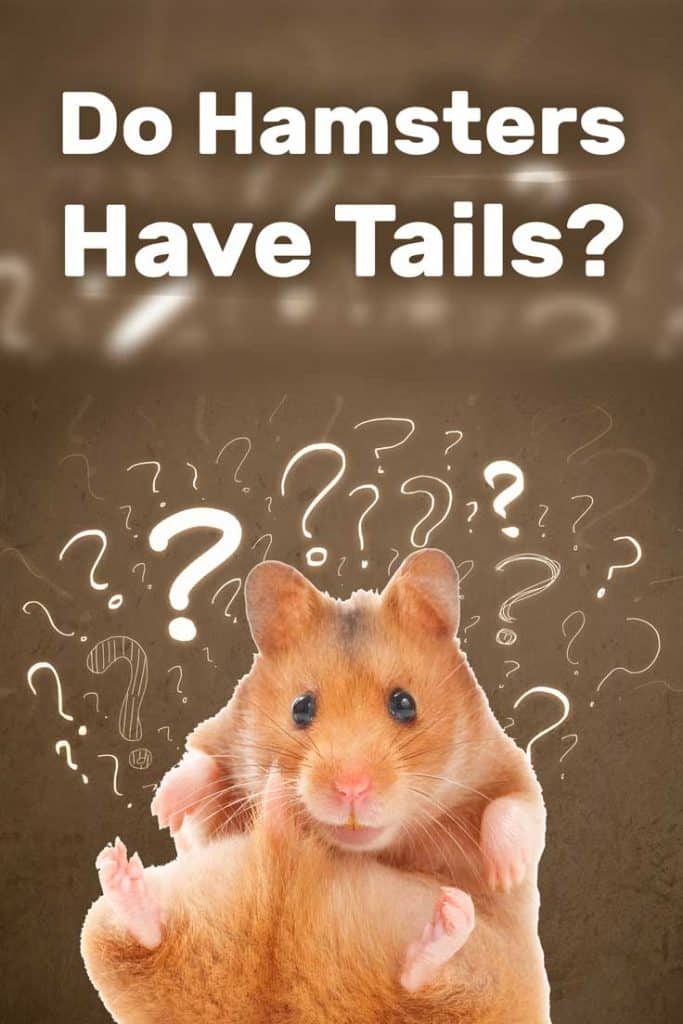 The truth is that hamsters do have tails. However, in most hamster breeds, the tail is so short that you can’t easily see it. Other breeds have a longer tail that is easier to see.

Keep reading to find out more about which breeds have longer or shorter tails, what they use their tails for, and more information about hamster tails.

Now that we’ve established the fact that hamsters do have tails, let’s take a look at the differences in tail length by breed. We’re just going to look at the five most popular breeds of hamsters and talk about how long their tails are.

Also known as golden or teddy bear hamsters, the Syrian is the largest breed of hamster. They can get up to seven inches (18 centimeters) in length.

Despite their large size, Syrian hamsters have short, stubby tails that rarely reach a half an inch (one centimeter) in length. If you have a long-haired variety, you may not see their tail at all because it’s hidden within their long fur.

These small hamsters may also go by Campbell’s hamsters, named after the first person to capture one from the wild. They only get up to four inches (10 centimeters) in length.

The length of a Russian Dwarf hamster’s tail is proportionally the same as a Syrian, so their tails will only reach about a quarter of an inch (half a centimeter) in length. Because of their short fur, however, it may be easier to spot their tails. 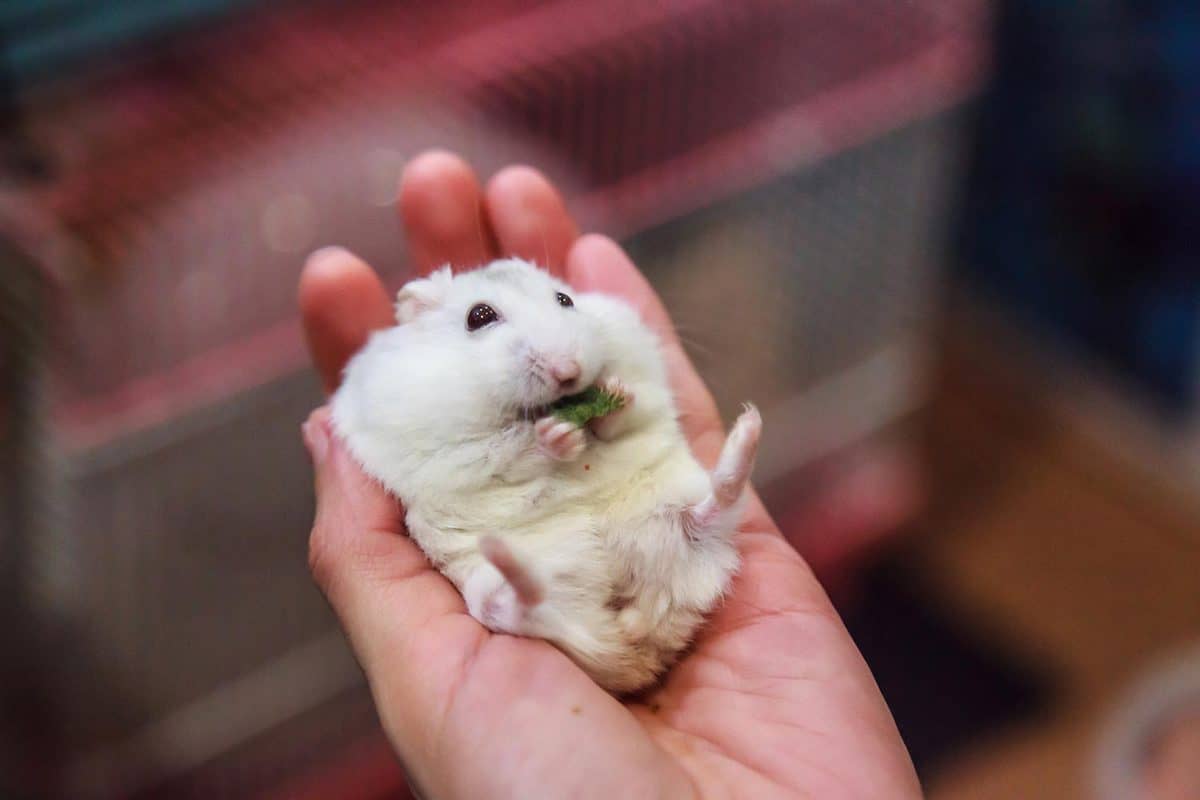 This is another breed of dwarf hamster. Although it’s not as common as the other breeds on this list, it’s beautiful white coloring means it’s gaining in popularity.

Reaching four inches like the closely-related Russian Dwarf hamsters, these little guys also have a tail that rarely gets longer than a quarter of an inch (half a centimeter). They may also be easier to spot than a long-haired species since Winter Whites have shorter fur. 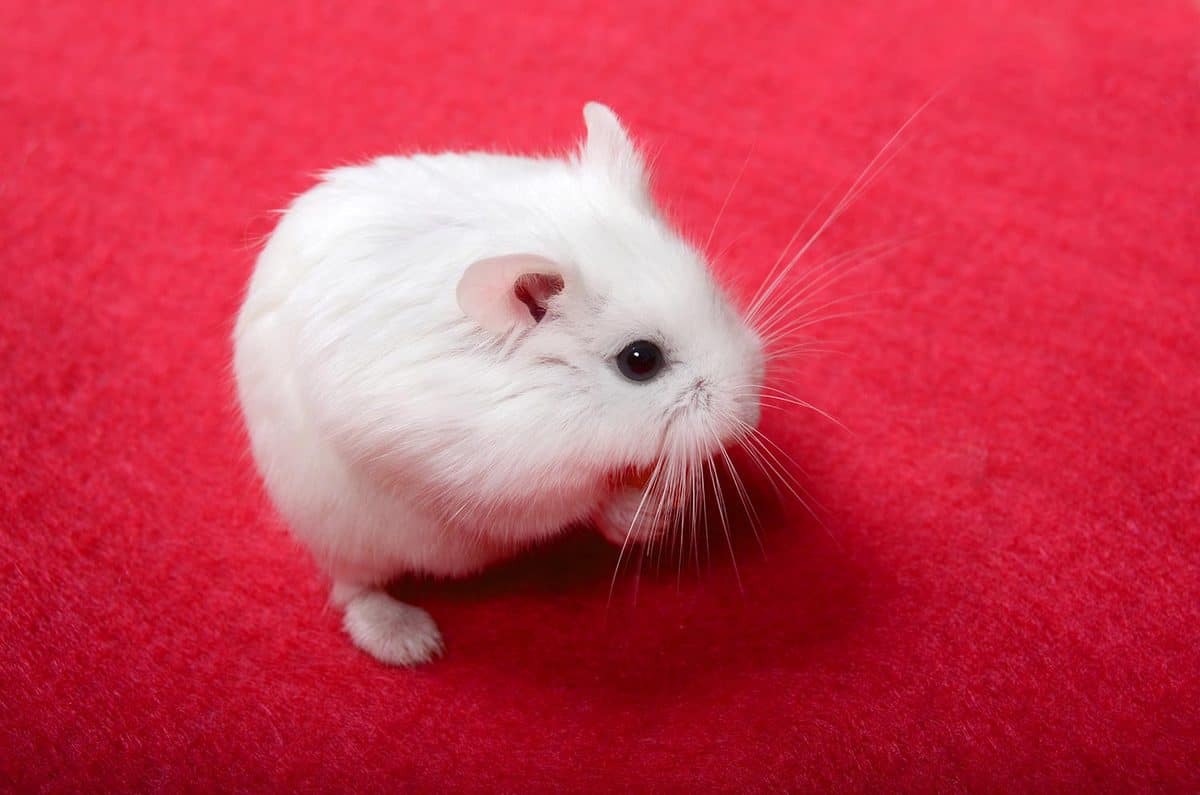 The smallest of all captive hamster breeds, these are most often referred to simply as Robo hamsters. They rarely reach more than two inches (five centimeters) in length.

Because their tail is proportionally the same as Russian and Winter White hamsters, the Robo hamster also has the shortest tail. Their tails are about 1/8 of an inch (1/4 centimeter). This is also the fastest breed of hamster, which makes it hard to spot their tiny tails!

We saved Chinese hamsters for last but they are certainly not the least when it comes to tail length. These hamsters also grow to around four inches (10 centimeters) in length but have the longest tails.

Chinese hamster tails can grow up to one inch (2.5 centimeters) in length! When you compare this to other hamsters, it’s no surprise that these guys are sometimes mistaken for mice or gerbils. As you can imagine, it’s easy to spot a Chinese hamster’s tail simply because of how long it is.

Why Are Hamster Tails So Short?

By now you may be wondering why hamsters have such short tails? After all, other rodents like mice, rats, and gerbils use their tails for maintaining balance and climbing. So it would seem that having a long tail is advantageous in the wild.

You have to go back to the way hamsters live to explain why they have short tails. These animals live in burrows in the ground. When burrowing, it’s better for animals to have shorter tails that don’t get in the way as they dig tunnels underground.

Rabbits and guinea pigs are other popular pets that also have short tails because they also are burrowers. Mice, rats, and gerbils, on the other hand, do far more climbing than borrowers, which is why they need their tails for balance.

Why Do Hamsters Have Tails? 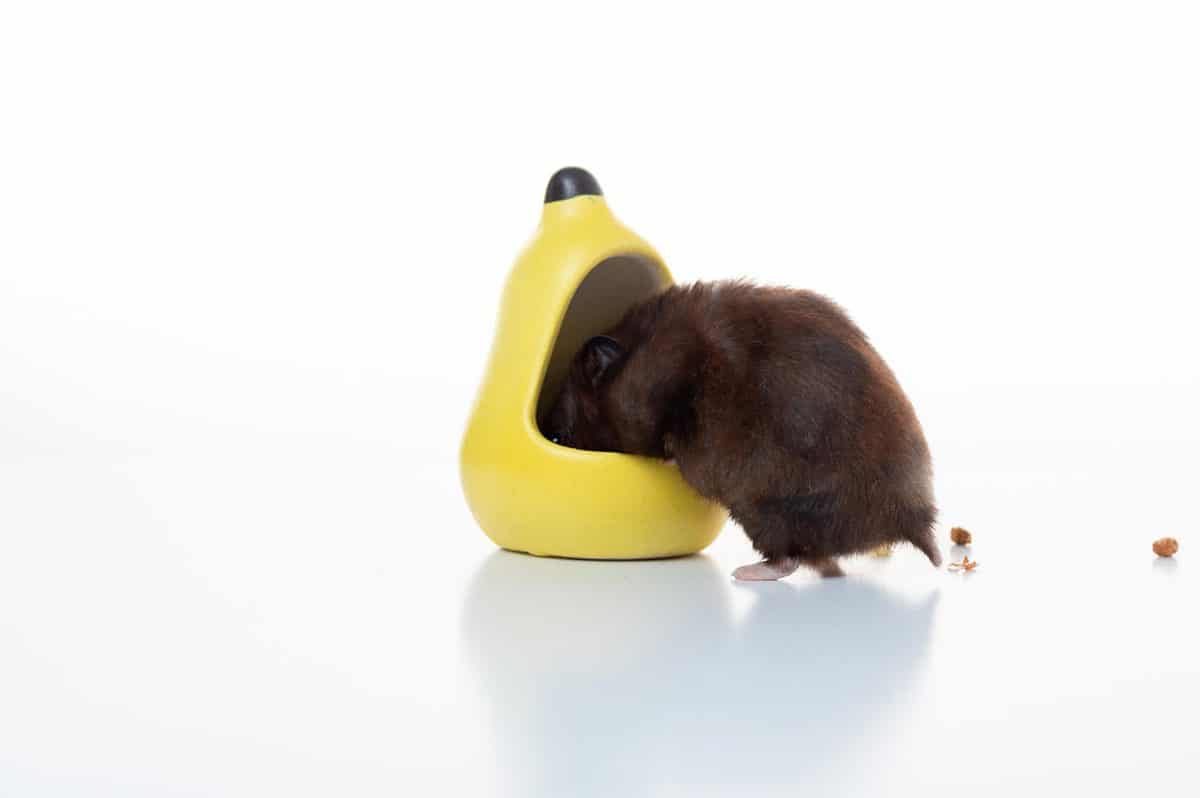 If hamsters don’t use their tails for balance, why have them? Wouldn’t it make more sense for them to simply not have tails at all? The jury is still out on this one, but here are a couple theories.

The first theory is that they do use it for balance. Although they don’t use it for climbing trees, they do use it to help them walk around normally, much like a dog’s tail. Dogs don’t do a lot of climbing, but their tails do help them balance by being part of their bodies.

Another theory is that they’re primarily used to protect a hamster’s anus. This sensitive region needs to be covered, particularly when digging in burrows, so this theory has some weight to it. It may also help female hamsters communicate when they’re open to breeding by lifting their tails.

The other idea that some have is that they serve no real purpose except to make hamsters cuter. Although we can certainly agree that their little nubs make them absolutely adorable, it’s hard to believe their tail is simply leftover from evolution.

Most likely, it’s a combination of the first two theories. Their tails help them balance and protect their sensitive rear ends. Even so, most hamsters could probably survive without a tail.

Hopefully, by now, your questions about hamster tails have been answered. If not, we have a few more things you may want to know about your hamster’s tail.

What is Wet Tail in Hamsters?

Wet tail is an infection that’s most common in young hamsters. It gets its name because the tail often becomes wet from diarrhea. Other symptoms include lethargy, lack of appetite, and a foul odor.

Although common, this disease is often fatal and will kill a hamster within three days if not treated immediately. If you notice your hamster’s tail looks wet and suspect they have this, get them to a veterinarian that specializes in hamsters immediately!

Can Hamster Tails Fall Off?

It’s a common misconception that rodents have tails that can fall off. This is a trait common in lizards like geckos which use it as a defense mechanism when they feel in danger.

However, hamsters do not shed their tails if they’re in danger. They can lose their tail if it’s injured, but this would be no different than if they injured one of their legs. If your hamster seems to have some sort of injury to their tail, then you’ll want to take them to see the vet. Only a qualified vet can inspect a wound or injury and treat it properly.

Do Hamster Tails Grow Back?

If your hamster does have an unfortunate accident in which he loses his tail, it will not grow back. The skin most likely will so it may appear that the whole tail is back, but a hamster cannot regenerate the bones and other tissues that make up the tail.

Fortunately, hamsters do just fine without tails, so even if something happens to your pet’s tail, she should be able to live out a normal life afterwards.

Want to Learn More About Hamsters and Their Tails?

Now you know that hamsters do have tails, how long they are, and what they may use them for.

If you want to learn more about hamsters in general, be sure to check out more of our blog posts. We have a ton of information on hamsters, including a hamster feeding guide and The Ultimate Hamster Breeds Guide.