Are you wondering if hamsters are nocturnal? This question might arise in the first couple of weeks of owning a hamster. I mean, it’s not uncommon for hamsters to sleep during the day and then become rather rambunctious when it becomes night. 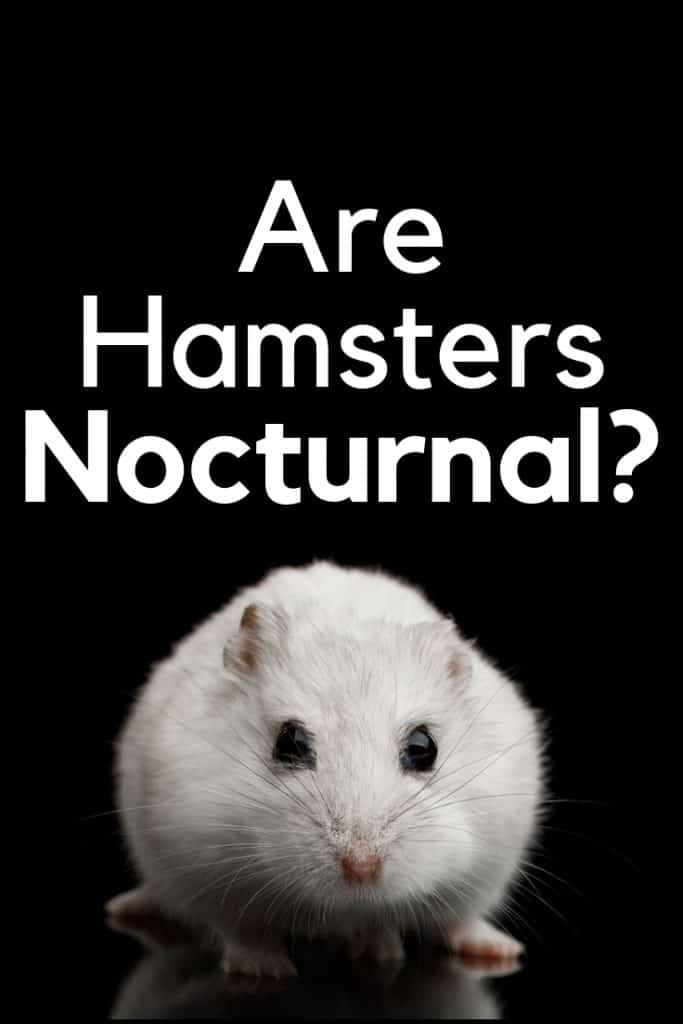 So, are hamsters actually nocturnal animals? Given their habits, you’ll probably be shocked to learn that hamsters are not in fact nocturnal. In fact, they’re classified as crepuscular animals, which means they’re active during the twilight hours (dusk and dawn).

Now, you’re probably asking yourself why exactly are hamsters crepuscular animals? Is there a specific reason for it? Is there something I should do as an owner to accommodate their instincts? Well, if you continue reading, we’ll answer these three questions and more about your favorite little furballs.

Why are Hamsters Crepuscular Animals?

Before we jump into the "Why?" let’s first further establish what a crepuscular animal is.

Crepuscular comes from the Latin word "crepusculum" which means twilight. As you might expect, it’s a term that describes an animal that’s active during the times of twilight: dawn and dusk.

And the answer to this question why hamsters are crepuscular animals is rather simple.

See, the ancestors of hamsters would need to operate at dawn and dusk, as it would help them avoid their potential predators. It becomes quite apparent when you start to think about the animals that would be around them back in those days.

The example of the wild Syrian hamster

For instance, let's look at Syrian hamsters in their natural desert habitat; their neighboring predatory species in this ecosystem were birds of prey, snakes, and big cats. All of these animals have great vision and are hyper-aware of any subtle movements.

As you would expect, these predatory species would have a field day with a bunch hamsters meandering about out in the open. So, hamsters played to their strengths and began hiding during the day.

But they also had to deal with nocturnal predators such owls too; so, hamsters started operating in the hours in between day and night time when neither classy of predator was out and about (dusk and dawn).

After all, the dimness of twilight could hide a lot of their deficiencies as a species. For example, hamsters have notoriously bad eyesight, which would be a considerable problem during the day. But during twilight, their poor vision doesn’t matter as much, and they can rely on their powerful sense of smell to survive. Read more about the senses of hamsters here to see how your hammy experiences the world.

Furthermore, hamsters have incredible hearing, which gives them an advantage during twilight hours; this high-level of hearing gave them the ability to hear incoming predators at great distances.

Of course, they could do this in the day as well, but they had nowhere they could run and were easy prey. However, at dusk or dawn, the dimness could hide them away from these dangerous predators and give them a chance.

And since vegetation was very scarce, hamsters had to travel great distances for their food. Therefore, they need something to hide them away from these predators during their desperate food runs.

Amazingly, hamsters were known to run as far as 5 miles looking for something they could eat. And they knew they couldn’t travel out in the open for long distances during the day or night; so, they adapted and started traveling during twilight hours when both classes of predators were off their respective games.

For example, snakes can’t hunt at night because they need the sun to regulate their body temperature and keep them warm. So, even though, twilight hours aren’t entirely dark, it still affected a snake’s ability to hunt our lovable hamsters effectively.

However,  a hamster’s layers of fat and fur would keep them warm during those cold desert nights. It was little differences like these that kept these little fur balls alive as species all these years.

In the end, there’s a reason your hamster is running on his wheel at 6 o’clock in the morning; it’s part of their natural instincts they developed in the wild to survive. 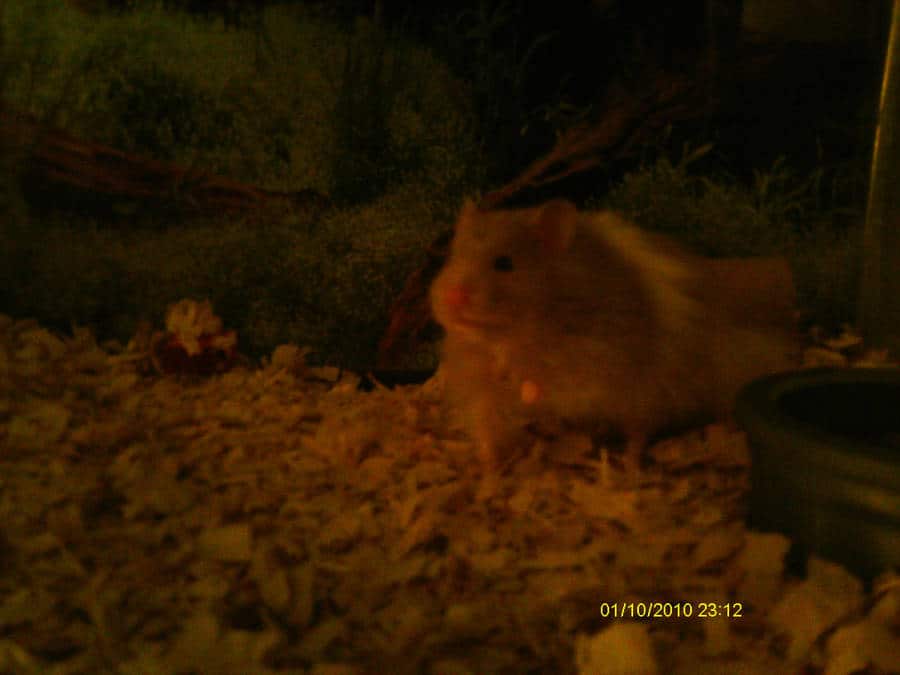 Do Hamsters Need a Light on at Night?

You probably thought your hamster might enjoy having a light on their cage during the nighttime. Maybe it will make them a little more lively, and they might appreciate a break from encompassing darkness.

However, unlike humans, hamsters being lively at night doesn’t mean they need or want a light. Honestly, it’s quite the opposite as they thrive in the darkness. As mentioned above, hamsters have terrible eyesight, which means a light wouldn’t do them good anyway.

In fact, the light will only confuse your hamster as the darkness alerts them that it's time to get rowdy. Therefore, leave the lights off and let them run on their wheels in the dark in peace. We may need an audience to our athletic achievements, but your hamster doesn’t.

Can You Train a Hamster to Sleep at Night?

If you’re keeping your hamster in your bedroom, the sounds of running on their wheels at night be quite a nuisance. With this in mind, you’ve most likely wondered the following question: can you train a hamster to sleep at night?

The first step in this process revolves around building a trusting relationship with your hamster. You can cultivate this bond by feeding them often and playing with them daily. After a while, your hamster will start getting used to you.

Once this happens, the hamster will start to anticipate your company and enjoy spending time with you. And after this bond is formed, it will make the following steps a lot less difficult and stressful for both of you.

Step 2: Remove the Light During the Day

This step is about tricking your hamster into thinking it’s dusk or dawn when it’s actually day. There are numerous ways you can accomplish this such as using curtains, or putting a blanket over the cage. Just make sure it's still well-ventilated.

Trying to change your hamster’s sleeping schedule drastically will have opposite effect of the one you desire. So, it’s essential you stick to a laid out plan and follow it to a tee. For instance, block the light from your hamster at the same time each day.

In doing so, you're slowly reprogramming them to think that it has just turned into night. But if you don’t stick to the same schedule, you could end messing up all the progress you’ve made.

This process won’t be complete in a week or two. Most likely, it will take months to change your hamster’s patterns; therefore, it’s essential you still follow the three previous steps and slowly make your hamster adapt to your schedule.

You can try and quicken the process by feeding the hamster treats or taking them out of the cage. Both of these actions will help strengthen the bond between you and your hamster.

Now, that you a further of exactly whether or not hamsters are nocturnal; you have a better understanding of your favorite pet and why they act the way they do!