You have heard that hamsters are colorblind and are wondering if it is true. An animal that is colorblind does not necessarily see only shades of black and white. You may know that other common mammal pets like dogs, cats, mice, and rabbits are colorblind, too. We’ve done the research to bring you all kinds of information about hamsters’ colorblindness.

Why are hamsters colorblind? What colors can they see? Can they manage their way in the dark? We’ll answer all these questions and more in this post, so be sure to keep reading! 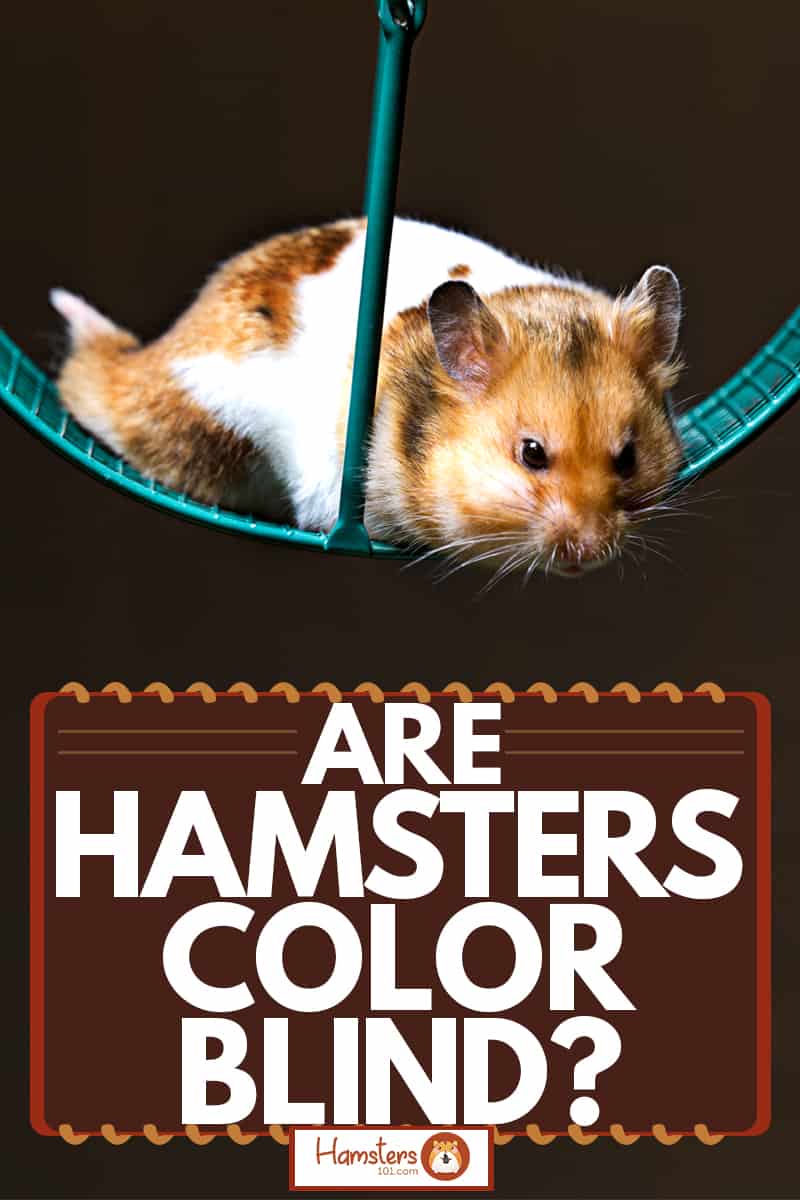 What Are The Different Types Of Color Blindness?

Color blindness affects different kinds of animals and sometimes affects humans. This is determined by the number of types of cone receptors in the eyes. Animals with one type of cone receptor are considered monochromats and they can only see black and white. This includes bats, golden hamsters, and raccoons.

Animals that have two types of cone receptors are dichromatic, which includes most animals that are considered colorblind such as cats, dogs, and other kinds of hamsters. Humans and bees are tri-chromatic, allowing us to see a vast color spectrum. Some animals can have four or five types of color receptors, and mantis shrimp have 12. Researchers do not yet know why.

What Colors Do Hamsters See?

How Do Hamsters Survive With Poor Eyesight? 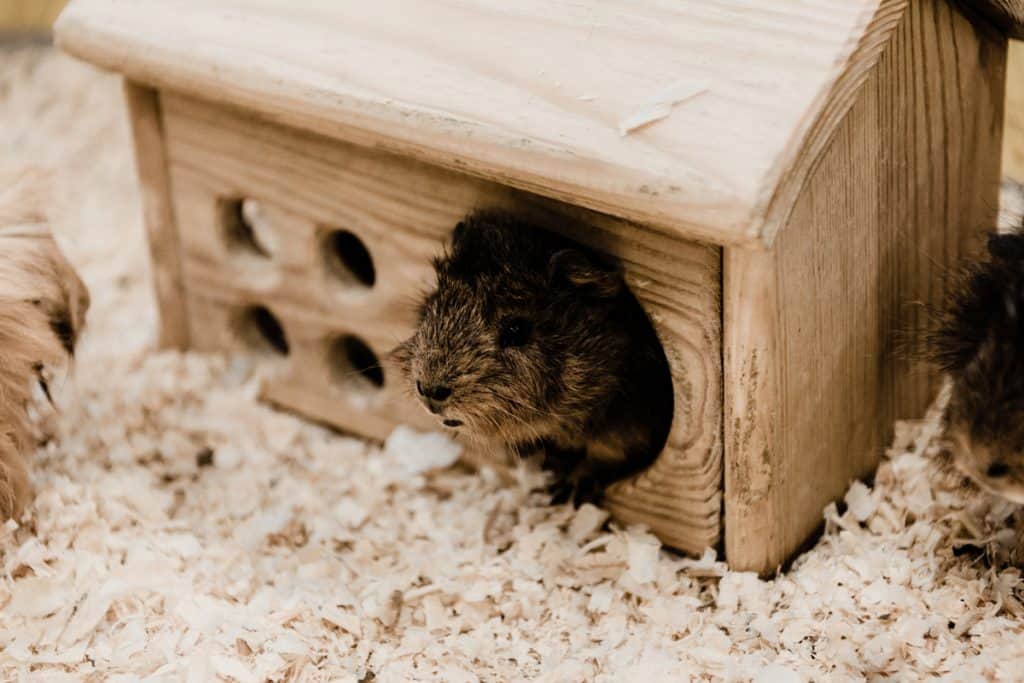 Hamsters are crepuscular animals, which means they are most active during dawn and dusk. They are naturally prey animals that live in tunnels underground. They are not used to being in bright light situations as a prey animal in the wild.

This developed their genes so they can rely on their nose and whiskers to help them forage for food. They can see better than humans can in the dark, but they can only see inches in front of their own faces.

If you’re interested in learning more about how hamsters rely on their nose, check out our article What Do Hamsters See And Hear?

Can Hamsters See In The Dark?

Hamsters can see very well in the dark compared to daytime. They have a high percentage of rod cells in their eyes, which is responsible for night vision. Hamsters are prey in the wild and had to learn how to protect themselves.

Instead of foraging for food in the day, hamsters would come out at dawn and dusk to avoid predators. This developed the nighttime vision hamsters have that is better than humans can see at night. Hamsters are energized by darkness and sleep during the light of the day.

Should You Leave Your Hamster In The Dark?

Hamsters have an opposite tendency than humans. They are not nocturnal, but they are more active during the dark hours. They naturally use light hours to sleep and get some rest. If hamsters are placed in complete darkness, then they will not get the light hours they need to rest.

It is good to have relative darkness and lights off for about 12 hours each night. That does not mean that you need to turn lights on for the hamster during the day as natural light coming into the house should be plenty for the hamster to get some rest. You may purchase a small hideaway chamber for your hamster to find more darkness during daylight hours.

Can Your Hamster See You? 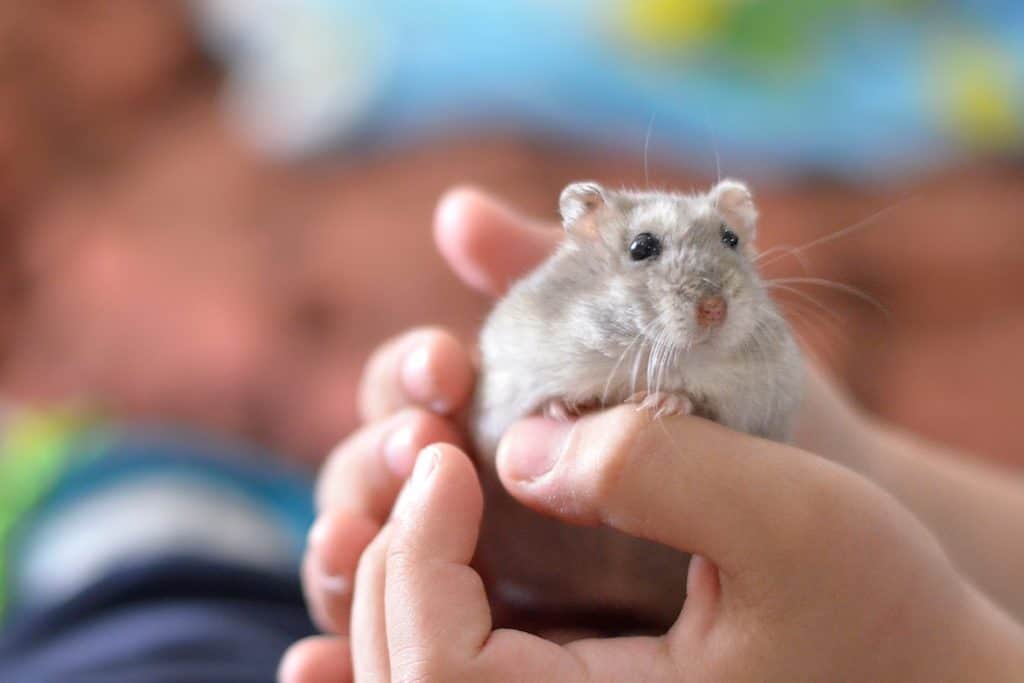 Hamsters have poor eyesight and can only see a couple of inches away from them. Sudden movements can startle and stress out a hamster, which can cause them to bite you in response. Hamsters do have increased smell and hearing senses so they are able to recognize their owners over the course of time.

How Can You Build Your Hamster’s Trust?

Hamsters are small animals and, naturally, are prey in the wild. You should be careful not to make sudden movements around the hamster as you could be mistaken for a predator. A hamster will get to know its owner by learning the owner’s scent.

You can slowly put your hand into the cage for a period of time. As the hamster learns that your hand is not attempting to harm, then it will be more comfortable with your hand and your scent. You can also speak to your hamster as you do this.

Feeding your hamster treats is another way to associate your scent with a source of food rather than a predator looking to harm.

For even more information about earning your hamster’s trust, check out our post about How To Get Your Hamster To Like You.

Hamsters are active during dawn and dusk. They feel more energized during the dark hours than they do during the light of the day. It is good for your hamster pet to have complete darkness at night for optimum health. Keep the hamster in a darker room that is less frequented by members of the family. Otherwise, you can get a chamber that will give your hamster the most amount of darkness.

How Much Does a Hamster Cost? (Including Care Costs)